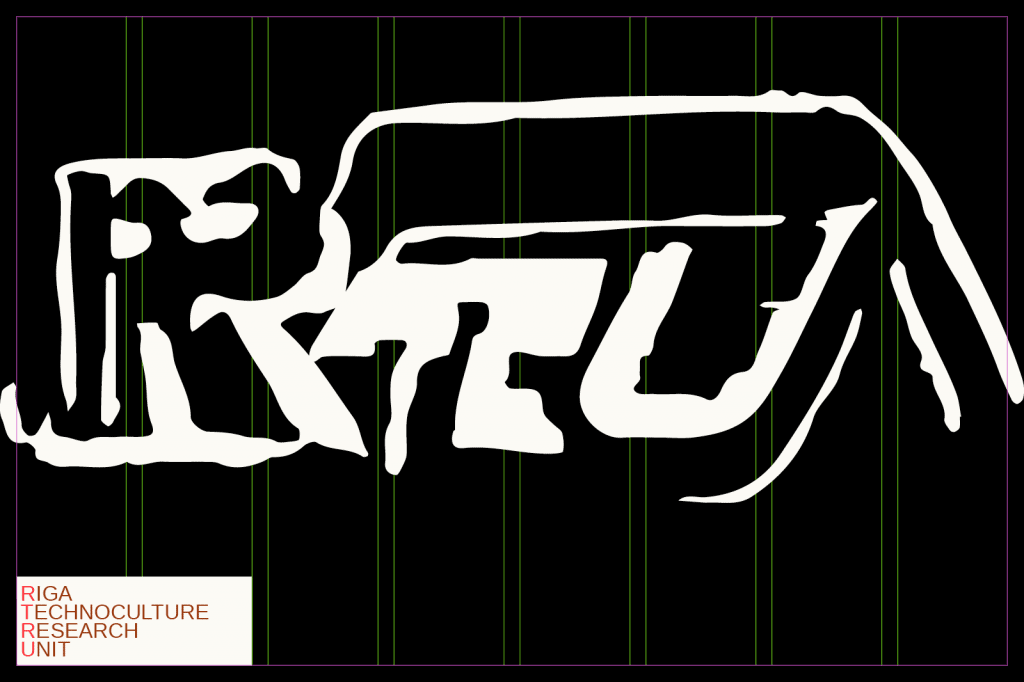 Kim? Contemporary Art Centre is pleased to announce the soft opening of inaugural Season 1 of The Riga Technoculture Research Unit (RTRU) titled “Under The Hood”. RTRU can be accessed on www.rtru.org.

RTRU is committed to the expanding universe of technical images in contemporary art practice. Our central premise is that art and emerging media don’t pre-exist culture, but instead emerge from it. The feedback loop between media and its reception, between technics and culture, suggests a transductive relationship: bodies, images, technologies, and aesthetic modes merge in relation to and co-determine one another. It is only through engagements with and mediations of contemporary culture that we can effectively investigate and observe the technoculture that augments and shapes our world.

By invitation only, RTRU commissions and gathers materials from culture workers—artists, curators, writers—that present multifaceted engagements with current theoretical trends while also questioning the hegemony of techno-positivist paradigms. RTRU is looking for something in present modes of visualization that are functions or signs of things to come—evidence of the ways we are starting to see ourselves more dynamically. Furthermore, RTRU emphasizes a focus on the particular localities of Riga, Latvia, the Baltics, and New York City, US, as well as the historical and cultural perspectives immanent to them.

Season one, “Under The Hood,” looks at the technical processes and economic and social structures of production that profoundly shape visual culture. Our first season considers the museum without images; the effusive “student body”; labor history; “the factory of phenomena,” or the paradigmatic worksite of contemporary media culture; and much more.

Please visit RTRU.org for full Curatorial Note and abstracts from our contributors.

The full content of Season 1 will be available April 2022. 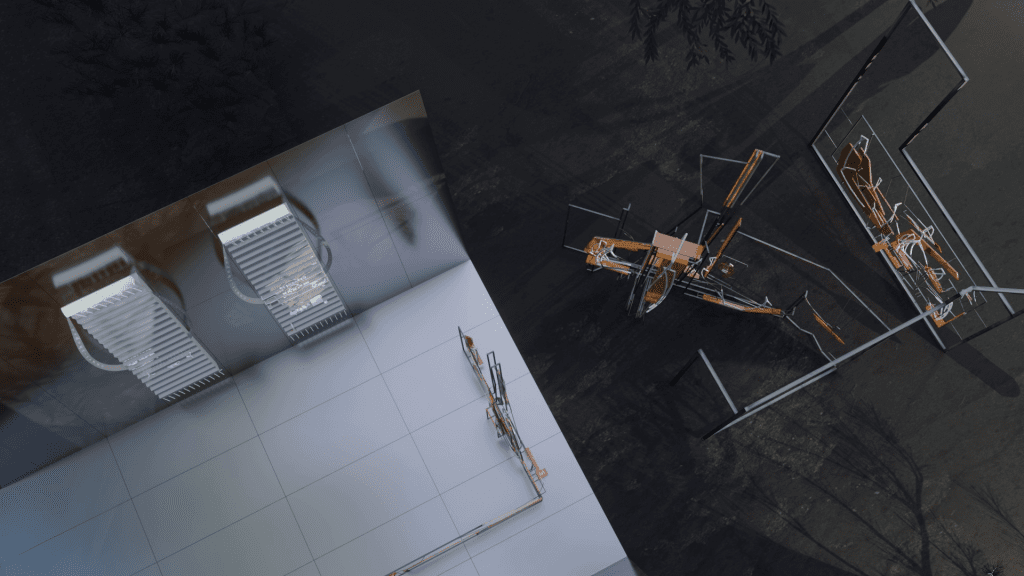 Kim? Contemporary Art Centre is proud to announce the launch of an online exhibition VAGABOND \ A PLACE HARD TO PLACE / on https://www.vagabondplacehardtoplace.com/.

“I did not know that there was a gulf of Riga /
Riga was always hard to place /
A place to build a new town.”
John Hejduk

VAGABOND \ A PLACE HARD TO PLACE / is an online “speculative” proposal-exhibition conceived in collaboration with artists Indriķis Ģelzis, Elza Sīle, and Joe Namy, as well as co-curators Zane Onckule and Jo-ey Tang, and architect Juris Strangots. Absorbing the heightened anxiety of the present, the project deploys a poetic and utopian imagination towards the creation of an intermingled media land-scape—a digitally-conceived exhibition featuring a newly commissioned score, writing, CGI animation, and a website. The project emerges as a vision and as a compass, from private imagination, to the collecti-ve conscience of the digital, and back to an activation in physical space.

Adopting American architect John Hejduk’s (1929-2000) belief that during an existential crisis, time has the tendency to “collapse into space,” VAGABOND \ A PLACE HARD TO PLACE / strategically utili-zes the spatiality offered by a digital environment in order to seek a novel form of empathy. As a speculati-ve endeavour, the project works towards a future which considers the re-evaluation of our individual and collective alienation alongside our shared physical and mental limitations and boundaries. Expanding Hej-duk’s legacy of imaginative architectural thought, VAGABOND \ A PLACE HARD TO PLACE / is con-ceived as a sculptural-architectural vagabond-agent of our current social, political, psychological realities.

VAGABOND \ A PLACE HARD TO PLACE / was initially conceived as a proposal for a physical exhibition – The Latvian Pavilion at the 59th Venice Biennale in 2022. While unrealized, the project has morphed, developed and found its way here, online.

In spring of 2022, on the occasion of the 35th anniversary of John Hejduk’s The Riga Project (1987), the structures of Subject and Object are set to be re-fabricated in its full-scale and installed in Riga’s urban environment. Organized in collaboration with the RISEBA Architecture and Media Centre, the installation incorporates notes, designs, and sketches from Hejduk’s archive. Marking the occasion, a reprint of John Hejduk’s “The Riga Project” (1987) will be accompanied by a translation in Latvian.
Further information: https://www.vagabondplacehardtoplace.com/
Supporters: Kultūrelpa, VKKF, Kultūras ministrija, Rīgas dome 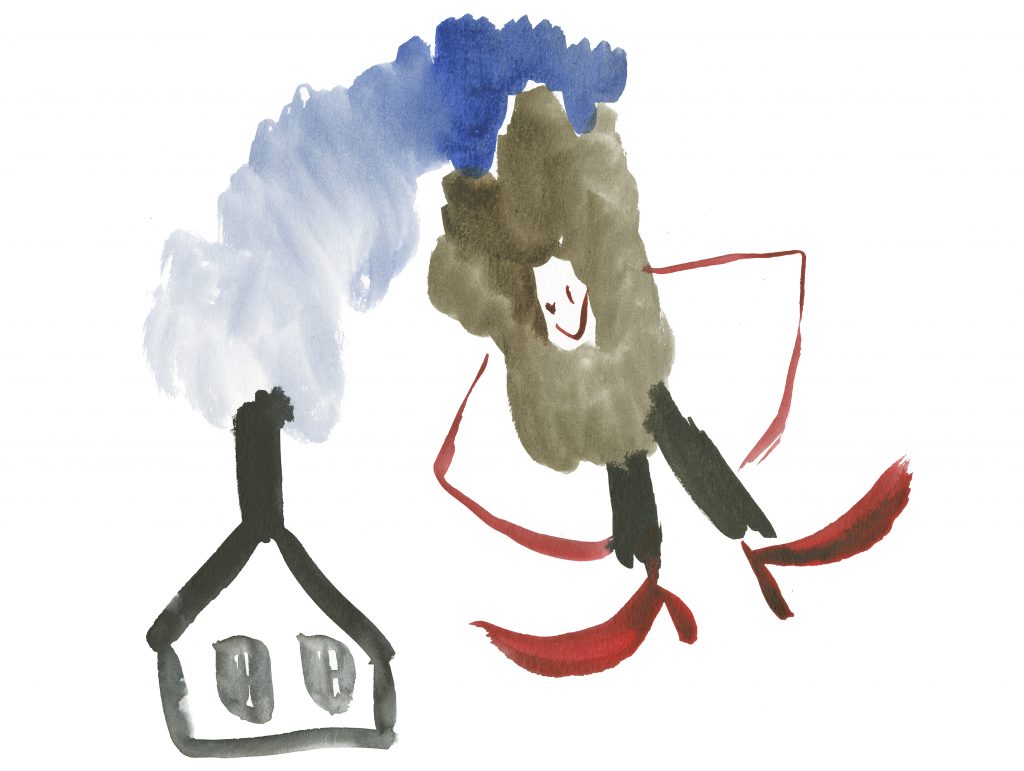 As part of the exhibition, a DJ set/performance by Jacek Sienkiewicz will take place at 8 p.m. on the opening night, November 4.

At the heart of Evelīna Deičmane’s third solo show at Kim? Contemporary Art Centre lies a deeply personal/sensitive concern–which nevertheless remains motivated by social processes – about getting to grips with the art of being (and staying) alive.

Currently, at a time when fictional narratives and the global reality are impressing simultaneous/overlapping dystopias upon everyone, Deičmane’s Dance Organ conceives a territory where one can look for and identify the limit of one’s personal freedom–a place which cannot harm anyone. Acknowledging the fact that it’s impossible to arrive at a state of peace and revelation if one ignores their own body, the subject-matter of the exhibition focuses on the inner processes of human beings as well as the marks of traumatic historical events borne by them.

Remaining true to her interest of working with “materials” that are deeply personal but, at the same time, potentially concealed and difficult to grasp, Deičmane highlights the mental map characteristic of the post-Soviet region. The majority of the Latvian population experience alienation from their own body, especially the generation born in the 1950s. To the generation of Deičmane’s parents, the past has lost its ability to illuminate the present. They lack the present, because everything is interpreted and judged according to past experiences, distorting the outlook and life experience they have today.

Influenced by the above considerations, Deičmane (re)constructs the missing/vanished moments of memory/experience, making use of creative imagination and elements of somatic/therapeutic analysis in order to create an installation that spans the premises of Kim?. The exhibition features newly-made and never before exhibited works utilizing the techniques of light and sound objects, drawings, textiles and metal installations, which, in a visually poetic/mediated way, explore ideas related to the experience of intergenerational trauma, the human body, and the technologies of hope.

With Dance Organ, the artist seemingly returns to her own past and looks at that of the others in order to pick up the missing elements and experience the freedom provided by a healthy interaction between the body and the mind, seen as instruments. In the context of Dance Organ, the meaning of survival expands far beyond merely avoiding what’s undesirable; it’s about expressing a life-affirming vision, despite the conditions that provoke all the possible varieties of fear. Deičmane’s Dance Organ moves about and “dances”, traversing self-experience, and opens up a way for healing transformations in the deepest essence of the survivor to take place.

Evelīna Deičmane (1978) studied at the Department of Visual Communication at the Art Academy of Latvia (graduated 2007) and the Department of Experimental Media and the Department of Visual Communication at the Berlin University of the Arts (2004; 2007-2009). Her work employs mixed techniques, and she experiments with sound and visual elements. Her conceptual approach incorporates existential overtones and the human experience, creating an environment in which sadness and happiness touch upon one another and drama is dispelled by humor.

She was a participant in the 15th Sydney Biennale (2006), the 2nd Moscow Biennale (2007), Manifesta (2008), as well as the 12th Cairo International Art Biennale (2010). Deičmane represented Latvia at the 53rd Venice International Biennale with the multimedia work Season Sorrow (2009). Deičmane is the recipient of a number of important international art scholarships, including the DAAD scholarship in Berlin (2011). Her solo shows have been held in several galleries in Germany and the Czech Republic, and in 2010 her solo exhibition The Great Unrest was on show at the Kim? Contemporary Art Centre. Deičmane lives and works in Berlin and Rīga.

Jacek Sienkiewicz (b. 1976 in Warsaw) is a DJ and producer, hailed as one of the pioneers of Polish electronic music. He started DJing during the first wave of underground events in early 1990s’ Warsaw and has since played music all across the world, from performances at large festivals such as DEMF Detroit, Mutek Montreal and Transmediale Berlin to small, intimate sets in underground clubs and bars.

Exposition by Leonards Laganovskis “The Portfolio of a Female Gallerist” 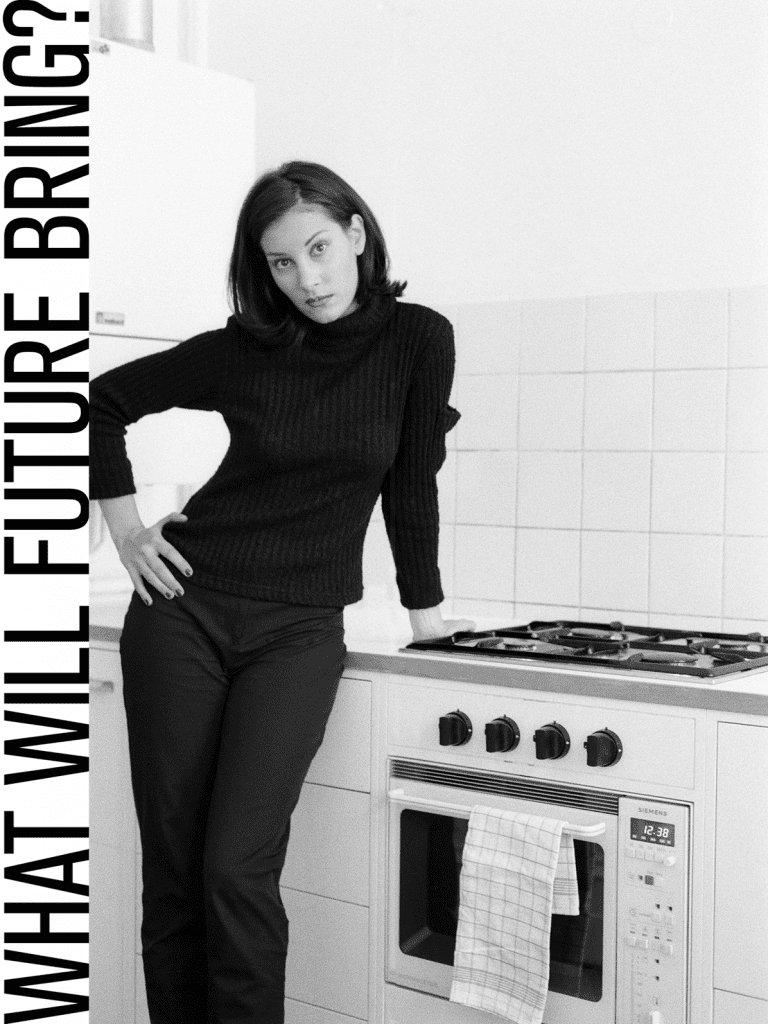 During a stay in Berlin in 1995, Leonards Lagaonvskis staged a series of photographs on the premises of the Galerie Barbara Weiss, enacting the image of the “contemporary German female gallerist.” For him this newly discovered role connected the dynamics of the mutual relationship/dependency between art and money with a particular understanding of the regimen and activities required to maintain one’s self-image, youth, and mental and physical health. It’s arguable that Laganovskis could have even made the series today.

Having invited a professional model and written a scenario ahead of time, Laganovskis carried out a one-day photoshoot portraying episodes and mise-en-scènes connected to the workings of the art industry. The model moves from room to room, posing in a gallery, office, warehouse, kitchen, and on a balcony. The series is to be considered a complete work, with the author adding a narrative to the images through texts freely translated into English and altered (here and there) after being extracted from women’s and business magazines popular in Germany at the time, including Cosmopolitan, L’Officiel, Harper’s Bazaar, Vogue, and others.

This artwork is partially constituted by an artistic gesture itself, seeing as the complete series of works was first shown in 1996 in the very same Berlin art gallery it  comments on. In the context of the exhibition now on display at Kim?, the works are accompanied with an additional narrative defined by a different institution.

The Portfolio of a Female Gallerist was created as Kim?’s all-female team selected photos from Laganovskis’ original series, based on the works’ aesthetic and conceptual qualities, as well as their subjective and emotional associations with the daily realities of working at an art institution.

Viewed at any one time, The Portfolio of a Female Gallerist is, on the one hand, pragmatically realistic and, on the other, cynically self-deprecating.

What does the future hold for the gallerist?

Leonards Laganovskis (1955) is one of the most prominent conceptual artists in Latvia. His works are riddles for the mind, based on science, literature, memories, and associations. Laganovskis works in different fields of art, including drawing, graphic art, painting, photography, and sculpture. In the first half of the 1990s, Laganovskis turned to the deconstruction of particular archetypes, often making use of both irony and humor. His creative interests touch upon sociopolitics, consumerism, and culture. Laganovskis studied at the Department of Interior Design and graduated from the Department of Set Design at the Art Academy of Latvia in 1979. He gained extensive international experience while living in Germany from 1988 to 1994. He was an active member of the art scene there, organizing personal shows and partaking in group exhibitions abroad. His works appear at a number of public collections, including the Latvian National Museum of Art (Rīga, Latvia), the Collection of the prospective Latvian Museum of Contemporary Art, Jane Voorhees Zimmerli Art Museum, Rutgers University (New Jersey, USA), Neue Berliner Kunstverein (Berlin, Germany), Kupferstich Kabinett (Bremen, Germany), Kunsthalle Bremen (Bremen, Germany), Reha-Klinik Lubben (Brandenburg, Germany), Artphilein Foundation (Vaduz, Liechtenstein), Art Museum of Estonia (Tallinn, Estonia), Eesti Pank (Tallinn, Estonia), National Center for Contemporary Art (Moscow, Russia), and the S. P. Diaghilev Museum of Contemporary Arts (St. Petersburg, Russia). Laganovskis works and lives in Rīga, Latvia.