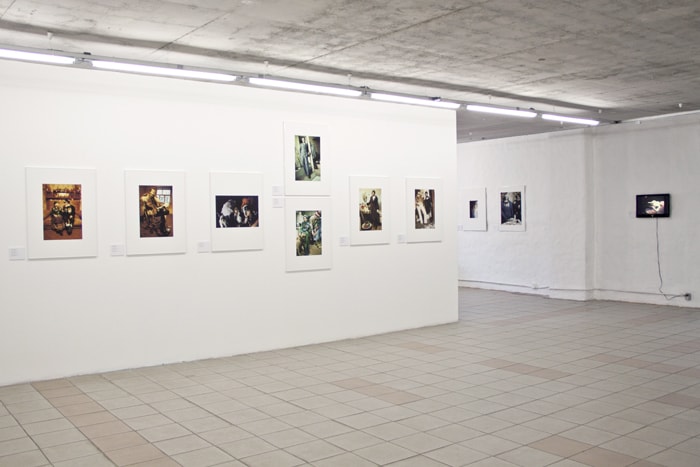 Exhibition Alternative Fashion before Glossies, 1985-1995 showcases the history of alternative fashion movement, a trend that emerged at the junction of rock and squat club culture during the period that started in early perestroika and ended with the arrival of glossy fashion magazines in mid-1990s.

In the mid-80s the intoxicating air of freedom provoked an unprecedented rise of underground culture in Soviet Russia and its neighboring republics. The mingling of Avant-Garde artists, musicians, representatives of various subcultures – of punk, rock, the New Wave – gave birth to a unique phenomenon of alternative fashion with shows often turning into performances. If in the early days of the movement it was just a romantic and courageous amateur initiative, later on the alternative fashion designers started to recognize their uniqueness and claimed professional appraisal, creating authorial collections and shows that were acknowledged and well received in the fashion world.

The phenomenon of alternative fashion was noticed and appreciated by such western couturiers as Vivienne Westwood and Yohji Yamamoto, whereas Paco Rabanne, Andrew Logan, Zandra Rhodes, and many others took part in the Riga Untamed Fashion Assembly, conceived and organized by Bruno Birmanis. The Untamed Fashion Assembly endured until the late 90’s (1990 – 1999) and over years it proved to have its place among the most noticeable events in the Baltic and even European fashion world. The creative communications of fashion in a certain sense superseded the social ones and were situated outside political quarrels that afflicted the Post-Soviet space. They live on up until now, fostering the artistic exchange and professional mobility. The exhibition presents 66 photographs and video works featuring fashion images designed by Katya Filippova (Катя Филиппова), Gosha Ostretsov (Гоша Острецов), Alexander Petlyura (Александр Петлюрa), Andrey Bartenev (Андрей Бартенев), Katya Mikulskaya-Mosina (Катя Микульская-Mосина), Katya Ryzhikova (Катя Рыжиковa), Iren Burmistrova (Катя Рыжиковa), the La Re duet (дуэт Ла-Ре), Bruno Birmanis etc.

Curators of the exhibition – the author of anthropological and critical essays on underground art, owner and curator of the kompost.ru subculture archive Misha Buster (Миша Бастер), expert in photography, curator and teacher Irina Meglinskaya (Ирина Меглинская).

Exhibition Alternative Fashion before Glossies, 1985-1995 was created in collaboration with the Garage Center for Contemporary Culture (Moscow). Garage Center for Contemporary Culture – a major non-profit international project based in Moscow, founded in 2008 by Darya Zhukova (Дарья Жукова) – is dedicated to exploring and developing contemporary culture as a platform for new thinking. Garage brings important international modern and contemporary art and culture to Moscow, to raise the profile of contemporary culture and to encourage a new generation of Russian artists.