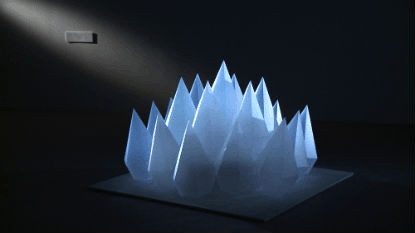 Starting from October 8 till October 31 “Objects and Video”, exhibition by Anta Pence and Dita Pence, will be opened for visitors in Kim? / RIXC gallery.

“Objects and Video” is an attempt to touch a subject:  what is really the importance of the original in the process of perceiving an artwork. The exposition itself consists of 3 new works, but – this time they will be presented as a video screening.

The sense, the meaning of the artwork should not change at all, when seeing it in a direct presence or through any kind of media. But, still, sometimes the technical specifics of an artwork create more inquiries in minds of the observers, than the content of the artwork itself.

On the one hand, video format lets to reveal the objects perfectly exposed, no matter what the current space or its planning dictates), yet on the other hand – it can confuse the audience and create a suspicion about artist manipulating with the public or using   a fake.
What is the truth in art, though?

It’s possible, that a sense is added to the art work just by our own imagination and our experience.