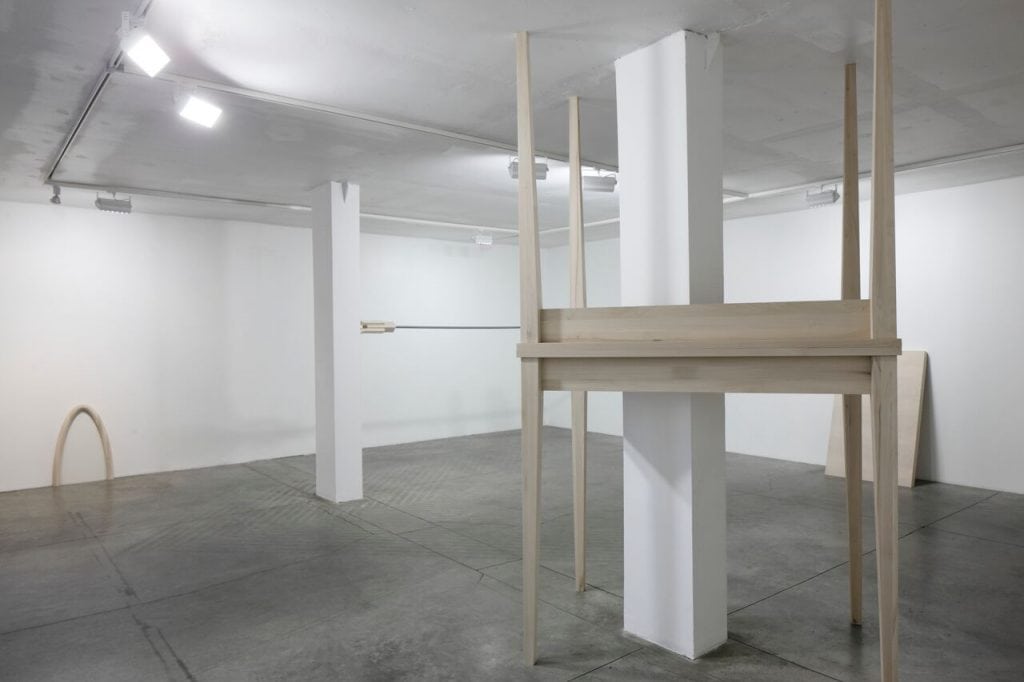 Images 1 of 4
Armands Zelčs. “That is not which is. The name of that is known”

From September 24 to October 30 at Kim?, on the ground floor, an exhibition by a Latvian artist Armands Zelčs was on view. The exhibition hall was occupied by works that have been created thinking about lies and their purported nature. Not providing solutions and not thinking about formulas, the artist creates dual phantoms of different shapes, looking for a point, where lies and reality are intersect.
Opening of That is not which is. The name of that is known takes place on September 23, at 7 p.m.

What to expect from the exposition? Arts’ expert Jānis Borgs, when thinking about an older event, exhibition Escape Attempt, wrote that “Zelčs’ works contain elements of the beautiful, even poetic merging and parallelism of contemporary conceptualism and installation art with the classics of the first half of the 20th century – the Dadaism, Meta-physical Art and Surrealism. ”1

Developing ideas and thinking about an art work and matters of its being, philosopher Jānis Taurens shares his memories about the up-coming exhibit: “One morning, it was February 28, I found a letter in my mail-box which said: “I don’t know if it is regarding the future exhibition or just by chance, but one particular theme engrossing my mind more and more. I can’t find a precise, lovely title at the very moment, but putting it in simple words – lies and everything related to them. [..] The aim could be to learn it and see what happens when it is fused into art.” That morning I thougt that “lying is a language-game that needs to be learned like any other one” and also that art is nothing but different language-games. I also remembered that in one very advanced kindergarten they used the liar’s paradox (actually para-dox only occures if we forget how we use certain sentences) to teach children how to make conclusions, like if a sentence “I lie” is truly meant it is false, and so on.”2

Armands Zelčs (1978) has studied at the Latvian Academy of Art, Department of Visual Communication, and Berlin Art University UDK, Fine Art Department. Artist mainly works with objects and his interest concerns boundaries of human perception and abilities. Zelčs participates in contemporary art exhibitions in Latvia and elsewhere in Europe since 2007. His solo exhibit Escape Attempt was on view at Kim? in 2009.

Personal and characterizing comment of Ojārs Pētersons: „I know Armands Zelčs and I admire him: to the finest nuance, always perfect in concept and its realization.