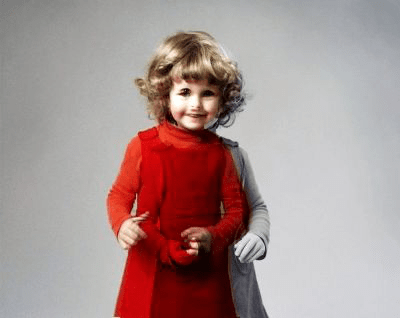 From 21 to 24 September, “KimKino” will offer to attend four – Latvian, French, Dutch and Finnish – film programmes. The fourth and last programme, screening Finnish films, will take place on Friday, 24 September at 7pm at Kim?.

Liisa Lounila
Flirt
2001, 5’00’’
The film is shot with a self-made pinhole camera, which exposes simultaneously 528 frames. When they are shown as a moving image they create a feeling of moving around a frozen subject. The time slice technique separates the movement and the time. In “Flirt” we see a fight.

Salla Tykkä
Power
1999, 4’15’’
Two persons are boxing, a young woman without a shirt and a big man. The black and white image and the timeless space make the atmosphere dream like though the hard action and sounds refer to real life and pain. Power is a statement against the power relations in our society but it can be seen as a symbolic battle for life and surveying through it.

Aurora Reinhard
Julio & Lupita
2004, 4’35’’
“Julio & Lupita” is a video work in which a middle-aged Latino man, Julio, dances with a life-size female doll named Lupita. Lupita bends into the strangest and even most perverse positions, to a ghostly Latino rhythm playing in the background. The dance with the doll is based on the Latin American custom of an abandoned husband making a doll in the likeness of his wife and dancing a last dance with the doll, after which it is burned.

Riikka Kuoppala
Visitor in my Body
2008, 9’55’’
Experimental narrative short film concerning the identity crisis caused by a serious illness. The story takes place in the attic of an old house. There, a small girl and a grown woman spend time together. They interact more as friends, although they could be mother and daughter. While they play together, the two discuss illness and share memories. The disease made them reconsider who they are. What happens when the story on oneself is incomplete, when a person’s identity is brought into a crisis? Can the narrative be repaired, or does it have to be replaced?

Hannu Karjalainen
Man in a Blue Shirt
2006, 5’20’’
Thick paint is slowly poured over an elderly man until his head is completely covered with flowing paint and his identity is gone. What are we witnessing here: an existentialist performance or an absurdist interpretation of the idea of a portrait painting?

Santeri Tuori
Karlotta
2003, 2’32’’
Grave melancholy entwines with incontrollable bursts of energy in Santeri Tuori’s images of children. The still black and white pictures create eerie shadows for the moving figures. Like old photographs or cinematic flash backs they allude to a past that haunts the present, and possibly the future as well. They may thus act as visualised memories, as shared property that hides within it the unarticulated and personal. As recollections or mementos they clash disturbingly with the lively children, who hence appear at once present and absent.

Raakel Kuukka
Drummer
2003, 3’24’’
Video installation “Drummer” is a speechless and slow-tempo living portrait of a face, reflecting feelings and thoughts. It portrays a 60-yearold woman with her drums and rag rug. The drummer is joined by an accordionist who plays variations of a catchy Russian polka. Originally, this work was a portrait of Regina, the artist’s sister.

Sanna Kannisto
Bee Studies: Orchid Bee Males
2004, 8’06’’
Sanna Kannisto’s video work is based on pseudo-scientific field study in South America’s rain forests. The artist brings viewers face-to-face with a territorial battle of male orchid bees. In her video projection the bees first appear to be like regular busy-beings gathering honey. As the insects’ buzzing sound increases, an unpredictable scenario unfolds in which the powerful, in a fierce survival of the fittest battle, take over.

Roi Vaara
Artist’s Dilemma
1997, 3’36’’
Man facing a difficult choice – while standing in front of a signpost, he can’t decide whether to follow the sign to “art” or to “life”.

Length of the programme: 75 min