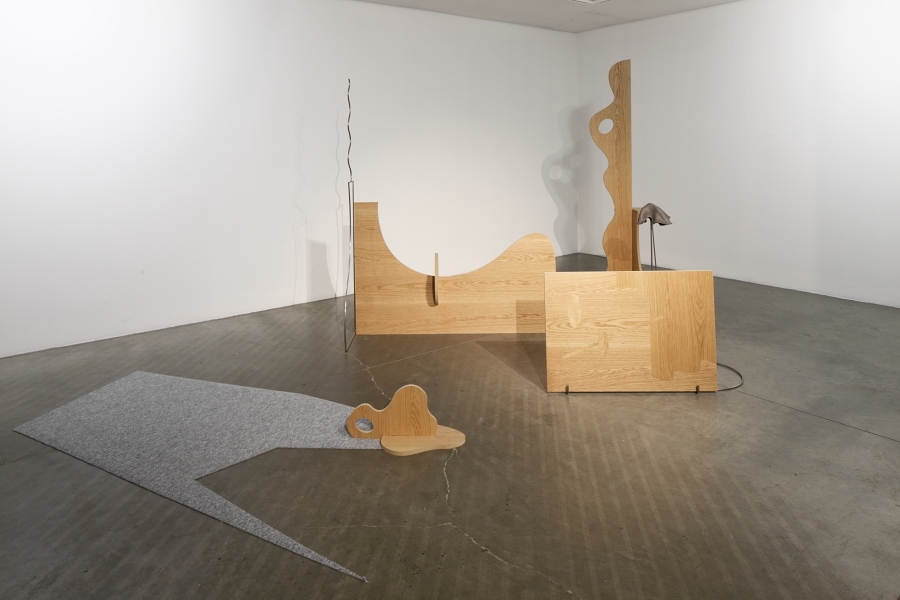 Images 1 of 4
Daria Melnikova “A green silhouette of grey”

It is a few steps till dusk. A thin line pierces the density of exhaustion. Greyed expectations vanish in curtain waves, loosing fumes somewhere beneath the wadded surface.

The thought of tomorrow is like green mist in a pale gown with its neutral scent and invulnerable grace. One touch towards the cold side of a pillow makes silhouettes rise shaping vertices by the edge of abyss. A slip. The fall into a hollow.

The solo show consists of a conceptually unified set of artworks in various techniques and creates an epithet for different characteristics of materiality. Words become a reference to the works, in eight or more sentences transporting the idea of an interspace as a state before the inversion, where in a transitory, indefinite state both the beginning and end of something can coexist.