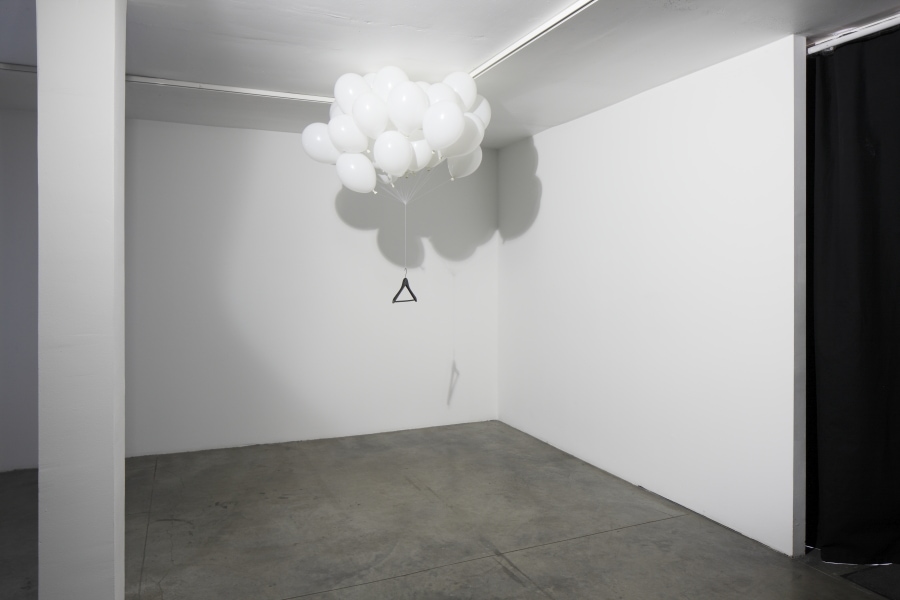 No matter how many times you shuffle the deck, the number of cards stays the same. It is also clear that this hands aces will determine the big shots in the next hand. The trumps fall on the eyes, the eyes on tricks, and a miniscule moment of triumph is delivered to you by the fiasco of others. If you quit the game, the triumph will be useless, if you continue, the fiasco is inevitable.

I cannot devise an art work, I can observe and register the observation. I repeat it inwardly, feel it; the stories, that constantly repeat themselves, become stable, it encapsulates my experience. The subjective necessity compels to record, to preserve, searching for images which characterize the situation.

The exhibition displays a balloon installation facing the screen on the wall, two separate video projections on platforms, and two more videos on screens.

Edgars Lielzeltiņš (1984) has graduated from the Art Academy of Latvia, department of Visual Communication. Works in and with various media, including objects and video. Since 2010 participated in various projects and exhibitions, among them group exhibition “Later Than Never” at Kaņepes kultūras centrs, Rīga (2012); International Short Film Festival Oberhausen (2012); Latvian video art screening at Mains d’œuvres cultural centre, Saint-Ouen (2011); in 2011 his video work was included in “Cologne OFF” selection in Waterpieces 2009 – 2010 contemporary and video art festival.