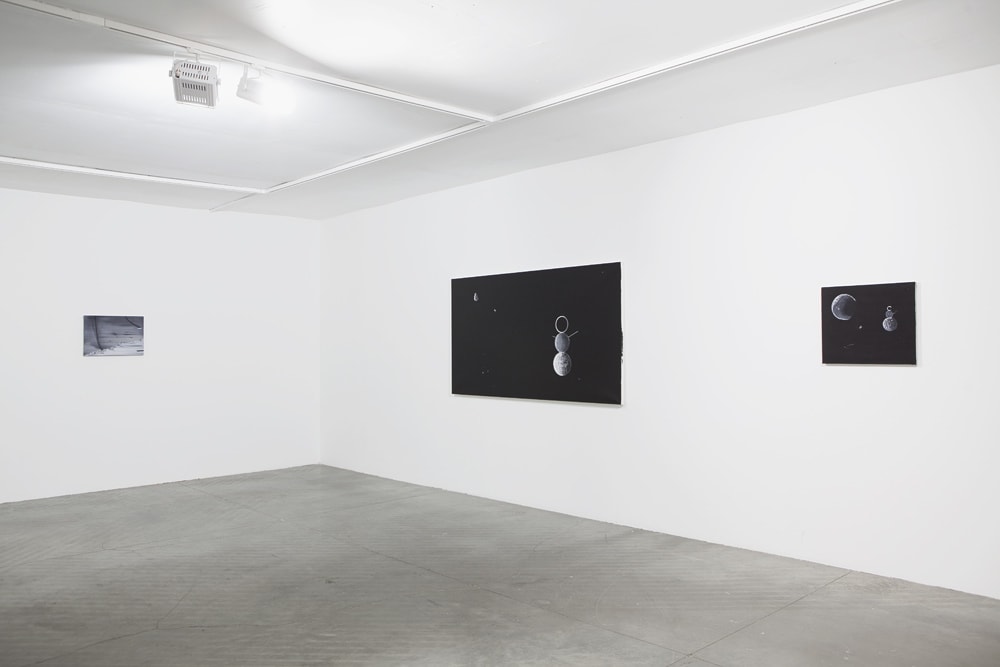 You don’t make a poem with ideas, but with words.
(Stéphane Mallarmé)

Having returned to the pond, Vassiliy and I continued our conversation.
It was still cold. The water surface was frozen and reminded archaic mirror,
and the wood debris laid on the snow like letters on a white sheet of paper.

The exhibition is accompanied by the essay by Ēriks Apaļais Desire for Word in Autobiography and a conversation between the philosopher Jānis Taurens and his friend, Russian translator Vassiliy Voronov – a story about the case in literature, when the author’s biography (autobiography) plays a very interesting role. The conersation was recorded in December 2012.

Ēriks Apaļais (b. in 1981) mainly works in painting and has participated in international exhibitions since 2008. Recent solo shows: Art Cologne, New Positions, Cologne, Germany (2012); Confessions (2011), Galerie Vera Munro, Hamburg, Germany; Being after the Stiffest Birch Tree, gallery Alma, Riga, Latvia (2008). Artist has been awarded the Karl H. Ditze-Preis for best diploma, the University of Fine Arts of Hamburg, Germany (2011) and DAAD (German Academic Exchange Service) award for excellence. In 2011 has been nominated for Ars Viva 11/12 prize. Ēriks Apaļais has received master’s degree in arts from the University of Fine Arts of Hamburg as a student of Prof. Andreas Slominski, Germany (2011).