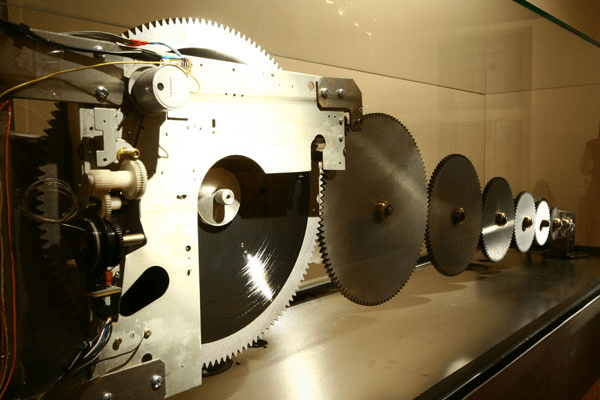 Exhibition “The Great Unrest” is about changes in the states of nature and human beings. The interaction between them. Nature constantly makes clear that it is by far superior to man and the world created by machines. A human rolls a snowball until it is so big that it cannot be moved out of its place even with the greatest effort. At times this snowball is the human course, goals or feelings. After winter comes spring and snow and snowballs melt away. Nature only laughs at the “snowballs” made by human emotions. Why the hassle, misery and suffering? What’s the point of it? Thus a machine that rolls “snowballs” so the humans don’t have to was created. A machine with human characteristics attributed to it.

Evelīna Deičmane has participated in exhibitions since 1999. Her first solo show – “Breathing Prohibited” – took place at the Noass Gallery in 2005. Since then she has participated in a number of international exhibitions such as the 15 Sydney Biennale in Australia (2006), the 2 Moscow Biennale in Russia (2007), Manifesta 7 in Italy (2008). In 2009, she and artist Miks Mitrēvics represented Latvia at the Venice Biennale. Evelīna Deičmane has also exhibited her works in France, Germany, Sweden and other countries. The artist has graduated from the MA programme at the Department of Visual Communication, the Art Academy of Latvia and has studied at the Department of Experimental Media and the Department o Visual Communication, the Berlin University of the Arts.