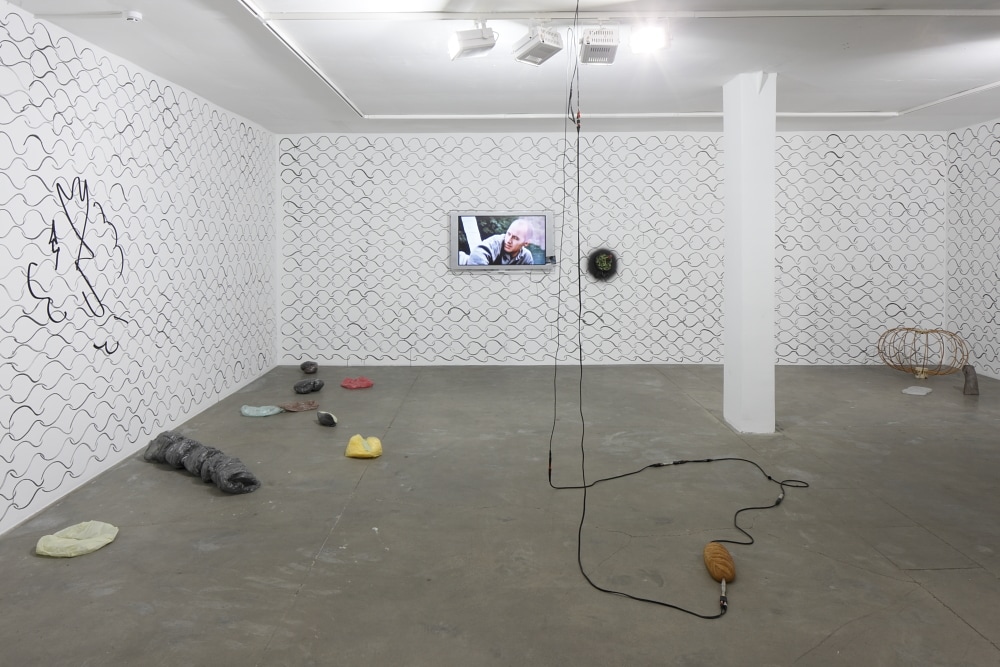 In the moment, stepping onto the doorstep between entry and exit, it is possible to find a clue even if the weaving has unravelled in the weaver’s hands. But in the beginning there were sentences which could not possibly not be misread. Their simplicity was on the edge of the cliff which stretched from one stitch to the next, from one imprint to another. The nebula flows into the transparent shadows which mock the turns that it boldly crawls into itself, resisting weekend fatigue. In the wide open eyes of the blinds it becomes a clump of earth, a powerful thing which splits trajectories into various speeds. In the chewed up tissue the nebula dissolves into itself, allowing the conversations to become candles that only light up the quietest of movements. In the asemic signs the nebula stutters around itself, before falling into the swirl of repetition.

Kaspars Groševs (1983) is an artist and curator whose everyday life is dominated by curves and turns.

Vivienne Griffin (1975) observes turbulence that refuses to settle until it has repeated itself in countess copies.

Eoghan Ryan (1987) dances in the gleam of a lightbulb, allowing history to arrange itself in the coarse textures.

Henning Lundkvist (1981) collects words whose meaning travels from the tropics to the Arctic.