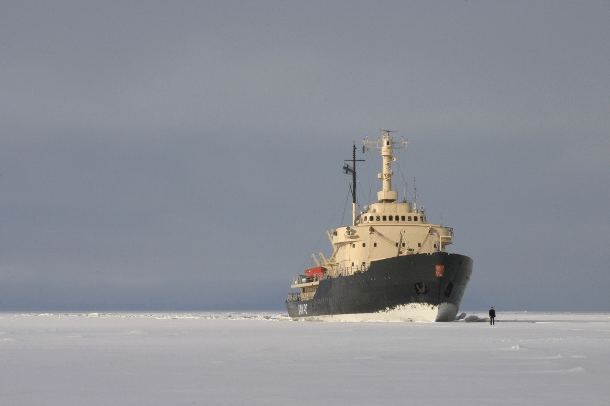 Images 1 of 2
Guido van der Werve on his works

At the beginning of September, the young and promising Dutch artist Guido van der Werve (1977) visited Kim?. This visit was made possible with the support of airBaltic. On September 3 at 19:00 Guido van der Werve was giving a lecture on his development as an artist, his creative process and latest ideas, illustrating the lecture with his video films.

The British newspaper The Guardian has described Van der Werve as the love child of German romantic painter Caspar David Friedrich and the Dutch conceptualist Bas Jan Ader. The artist explores themes of isolation, sadness and loss and admits that dwelling in melancholy is one of his favourite activities. The Washington Post even suggested that those prone to depression might want to skip his films. However, at the most unexpected moments the melancholic mood of his works is complemented by an absurd sense of humour. The artist’s films can also be characterised by a special relationship to music – his films are usually accompanied by Romantic piano music played by Van der Werve, who trained as a classical musician.

Guido van der Werve’s works have been exhibited in many notable exhibition spaces in Berlin, London, Paris, New York and other places. He has taken part in various internationally significant exhibitions, for example, in Manifesta 7, the European Biennial of Contemporary Art in 2008, where two of his video films were shown: “Nummer acht, Everything is going to be alright” which depicts the artist walking in front of an icebreaker in the harsh surroundings of the Gulf of Bothnia and “Nummer negen, The day I didn’t turn with the world” showing the artist standing on the exact axis of the world for 24 hours, turning clockwise while the earth under him turned anti-clockwise.