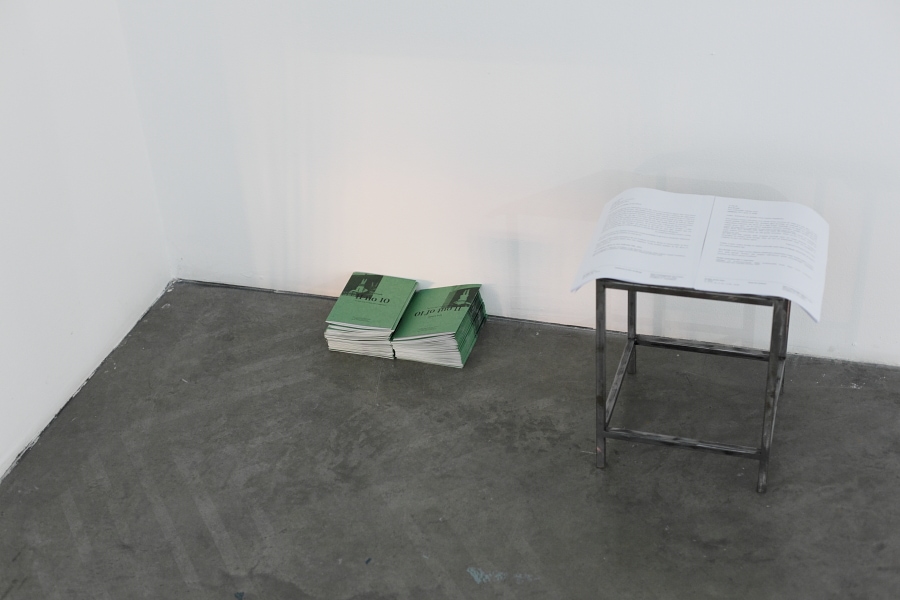 Images 1 of 3
Ieva Kraule “11 out of 10”
Under the seven piled up O’s I found four or five M’s. Later on it started to appear that I have found an exceedingly dysfunctional vase. The finding seemed so significant that I reckoned the safest place to stow it away was in the midst of agglutinated sentences where nobody would look for it. I hid it so well that later couldn’t find it anymore, therefore, as if following a faint melody of a song, I scratched some lines on the paper. Yet, one day I will realize that all this has very little to do with me. Places where time seems to have stopped always are along the way. Like shabby houses or concert posters, faded by countless years, they pass by unnoticed. Still, wherever I go, I always get there too late.
However, eventually we are greeted by pictures. To be more precise, a book or perhaps – a film. Objects in photographs like mirages are glowing in the still air. One after another they are documented in places that are soaked with past so heavily that are starting to disappear.
— an excerpt from Kaspars Groševs’ writing
This exhibition has a nice summer format and a certain possibil ity to get lost in somebody’s disarrayed belongings, continuing its existence as years go by.
Ieva Kraule (1987) studies painting at the Art Academy of Latvia. Works in various media. In 2012 Gallery Bastejs showcased artist’s first solo exhibition “Long awaited holidays by the abyss of fictitious memories”.