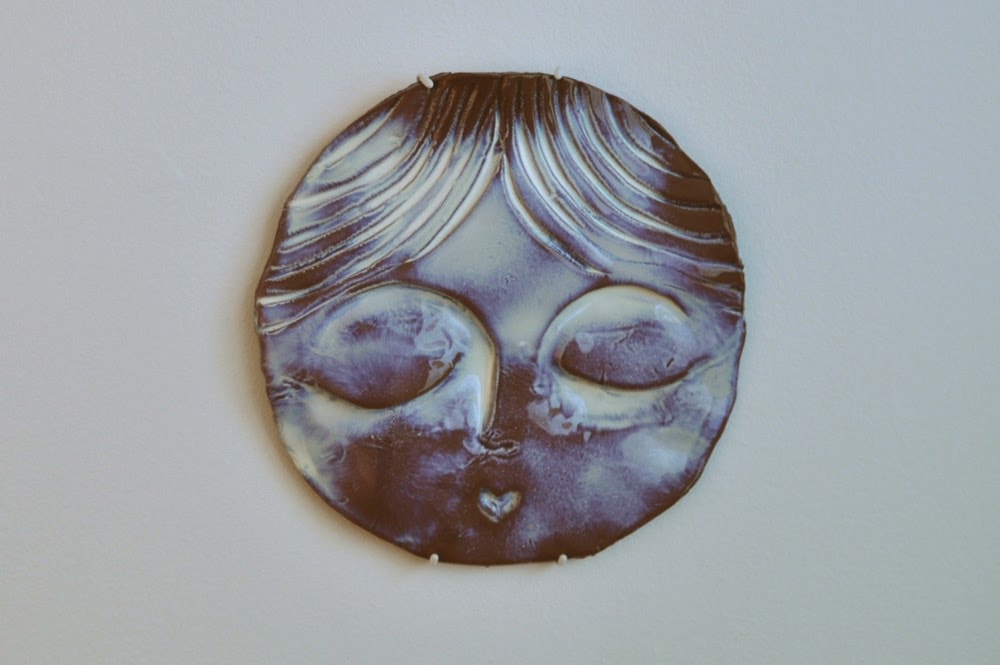 A grimace entangled in cords and a scrape of sand between your teeth. I will reveal to you some secrets, but you will not be struck. Somewhere between lost diaries, in emptiness more immense than nothing, in a place where wet dusk replaces the bright light of fluorescent bulbs, hides stiff smiles no one remembers. They are owned by anyone; no one has them lost and does not try to get them back. Their only chance is contingency.

When memories implacably slide away, disappear in a dense fog, the intensity of remembering builds up. An almost unstoppable, painful urge to pin it down. The images are the only ‘faces’ of the constant changes of time, of sentimentality that is still here, present, alongside with us.

These time capsules, the ‘faces’ of time, that appear both as abstract and real are the main material Ieva Kraule is dealing with in her new solo show … if all you told was turned to gold. The warm colors and dominating earth tones of applied arts that was so common in the Soviet era in Latvia meets the aesthetics of aloofness and dryness of contemporary art. The tangibility of crafts is mashed up with found materials that reveals the desire to seek for emotional, nostalgic space, where the fragments of history, memories and forgotten merge together in a visually sensitive experience.

The opening of the exhibition was accompanied by a performance by Kaspars Groševs. Inspired by and based on Faces (1971), an obscure, lost Soviet educational movie that depicted Riga hippies, poets and musicians struggling to keep their “westernized beliefs”.

Ieva Kraule was born in 1987 in Riga, Latvia. Now she studies at the Art Academy of Latvia at Department of Visual Communication, previously has studied painting and ceramics. She uses various media to express her interest in origins of (personal) aesthetic codes. Her work references Soviet era architecture and interior design/applied arts and 90’s pop culture. Solo shows – Long Awaited Holidays by the Abyss of Fictitious Memories at gallery Bastejs in 2012, 11 out of 10 at Kim? Contemporary Art Centre in 2013 and Loneliness will be my greatest treasure at the gallery of Kalnciema kvartāls in 2014.

Kaspars Groševs (1983) is an artist that works with different media including sound and text. Solo exhibitions: 00:10:00:00 at Kim? Contemporary Art Centre (2013), H at Kaņepes culture centre, Riga (2012), I/O. Without Enemies at Kim? Contemporary Art Centre (2011). He is a contributing editor at Studija magazine, occasionally performs in experimental music concerts and rather infrequently hosts a radio show.

… if all you told was turned to gold is the second exhibition in the series Hanging Above. The Case in the Cafe. The cycle of solo exhibitions in three episodes by Evita Vasiljeva, Ieva Kraule and Daria Melnikova responds to an invitation by gallery Vita Kuben for two European Capitals of Culture 2014 – Riga and Umeå.

Curators would like to thank Jānis Borgs for his support.