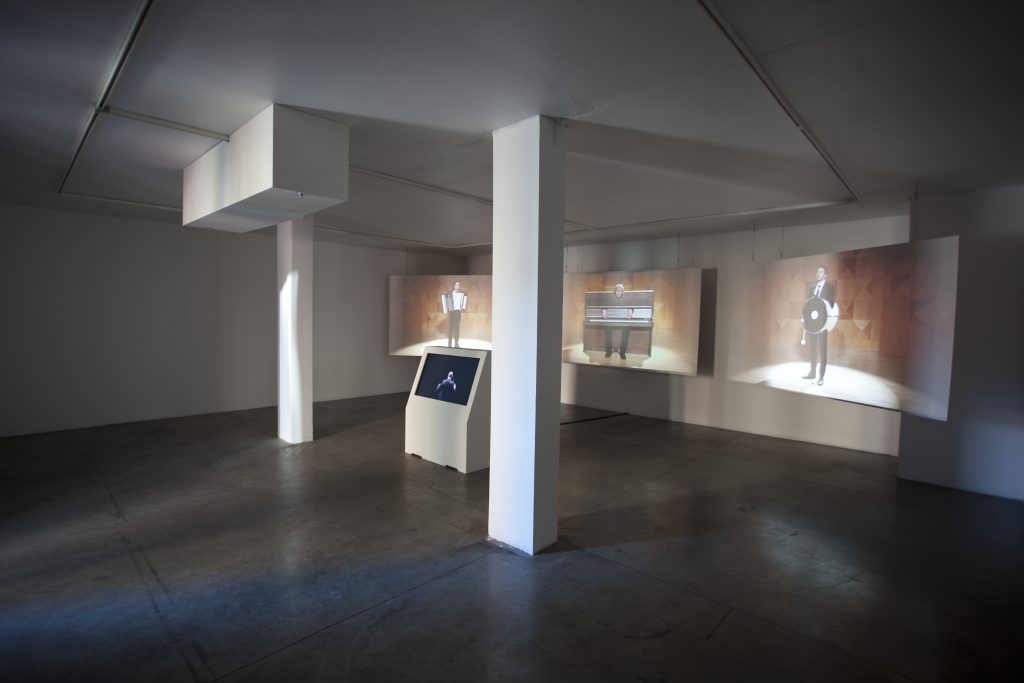 “I had not met my friend Vasiliy Voronov for several months, therefore our first conversation after his return from the very musical city of Saint Petersburg, which took place as we sat down on a bench at the park next to the Academy of Arts, started as an exchange of information between two spies from the “art industry”. I was telling him about the new staging at our National Theatre by the Russian director Kiril Serebrennikov and was rather ironically referring to his idea to relocate the play “Voiceks” to an art gallery that displays three urinals serving as a reference to ‘contemporary art’. I sneered at the fact that it would soon be almost a century since the readymades of Duchamp, and that theatre that would claim to be something more than just a reproduction of tradition, should show a more thorough understanding of art. Vasiliy noted that I tend to be too keen on generalizations, while I eagerly went on about art, theatre and music ‘in general’, saying that the coming of music into art has been fruitful partly due to performance and video, and the use of art in music largely being done for illustrative purposes. Whereas theatre, unless it acts ‘in the mode of stage frame destruction’, reproduces trivial, even banal notions about art. In the same breath I added that literature usually is not any better, which is testified by the ‘old-fashioned’ paintings, which are painted or even just contemplated by the protagonist in the world of Hemingway’s novel “Islands in the Stream” Thomas Hudson.”

Blind sounds consist of four videos that form a united exposition. Three musicians are placed into three different music instruments – accordion, piano and drums – and are playing them. Opposite to the projections is shown the forth video that displays a conductor. A visible image and an audible sound are two different perceptions. The image falls silent when the ears are shut; the sound gets blind when the eyes are closed. Moreover, we are not capable to see the sound of the image and to hear how it looks. It seems that one is not aware about the existence of another.

The blind sound does not show the end, the mum image does not reveal it. When the sound of accordion dies away, all that remains, is a mute frame – it can’t express anything about the sound’s ending or the location of it. It seems that one must stay outside these phenomena since the audible sound does not arrive from the visible image, and that is why it is so important not to lose the inner figure of the conductor and to move the blind sound silently back on the right track.