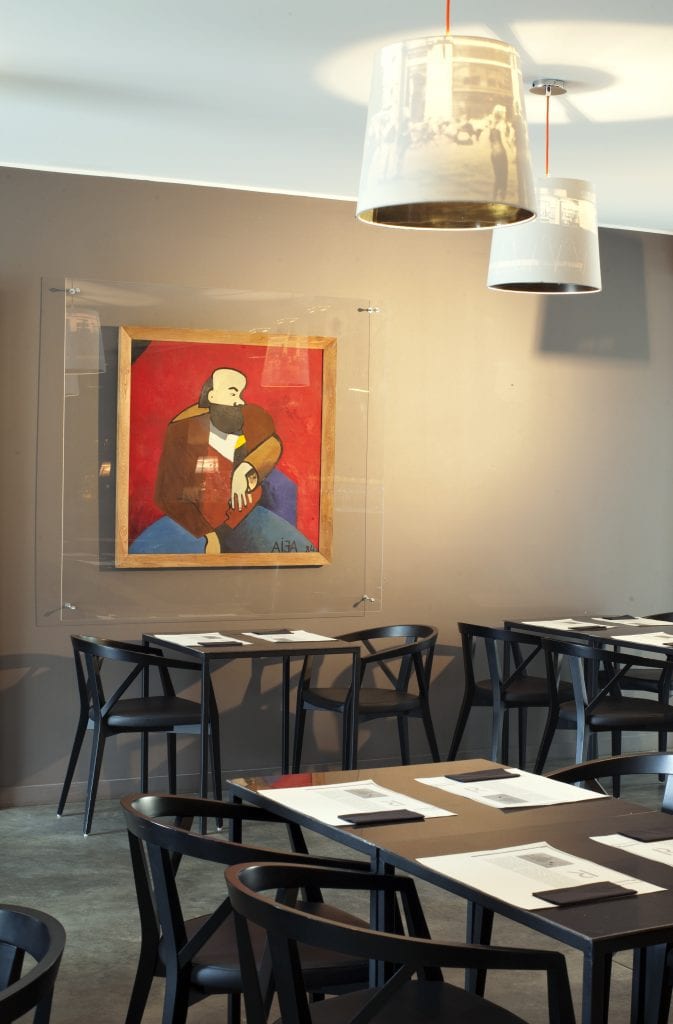 Sketch of a Conversation

The artwork has one single meaning. I think the meaning must be explained. If one can.

Conversations usually take place between two or more people, and a sketch is an image that represents something. Yet can conversational partners themselves be absent (let us briefly forget about modern technology and ersatz communication)? Can a sketch be merely a dialogue between imagined conversational partners? Obviously something actually needs to be present, or as they used to joke back in the day – we need to have some sort of being, like a sound of voice, words or sentences.

There is a painting on the wall; it is a painting by an artist that I know. I have talked about art with the person depicted in the painting. If an image tells you what it depicts, it simultaneously shows certain characteristics of form that (contrary to the referent absent from the painting) can be viewed and might even be ‘tangible’ if it was not for the glass that covers the painting. When I am engaged in the process of thinking, it is important for me to imagine the people I talk to and the things we talk about. It actually is not as important which of the conversational partners recounts such conversations – there are plenty of conversations and all of them are possible. Which means they are just as real in another probable world as ‘real’ a conversation tapped and recorded by the intelligence services of our days.