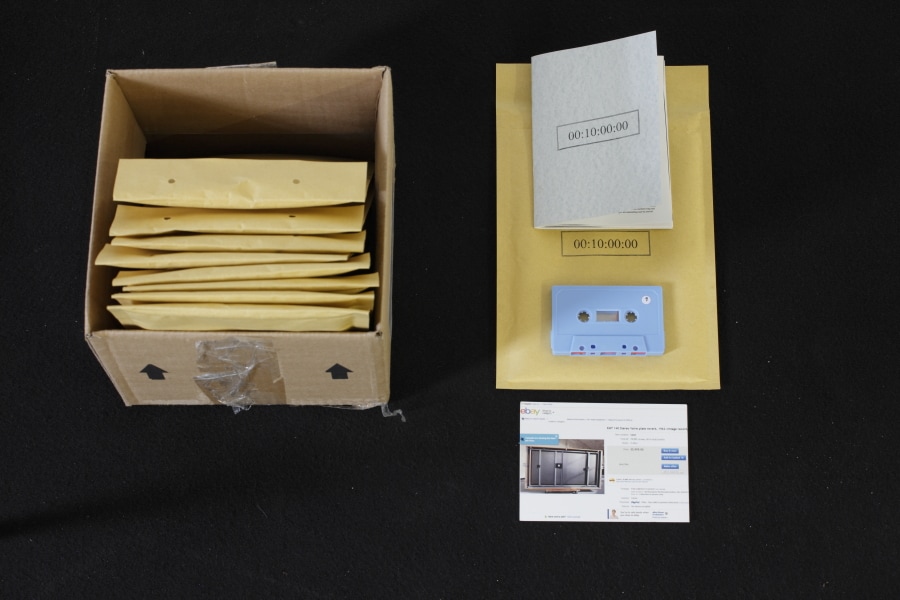 Here and there music is playing, footsteps slide along windows stretching the shadows over surfaces, numbers get lost, sentences come back, and so forth. The exhibition lasts for ten minutes, over and over again. Still pieces are continuing, while moving pieces are standing still. The time where Pierre Schaeffer once searched for space has given way to memories.

The temporal within the exhibition’s publication is orchestrated elsewhere. For now, you are a candle. The traffic has stopped and the time is moving on. The publication is supplemented with twenty-eight metres, sixty-six centimetres and sixty-six millimetres of magnetic tape. It contains instruments being tuned, careless mistakes being written down and the sound feasting upon itself. Each cassette tape holds a precise memory of the time necessary to transfer information from one media to another, to switch sides, to press play and record simultaneously, to drink tea and look out of the dusty window.