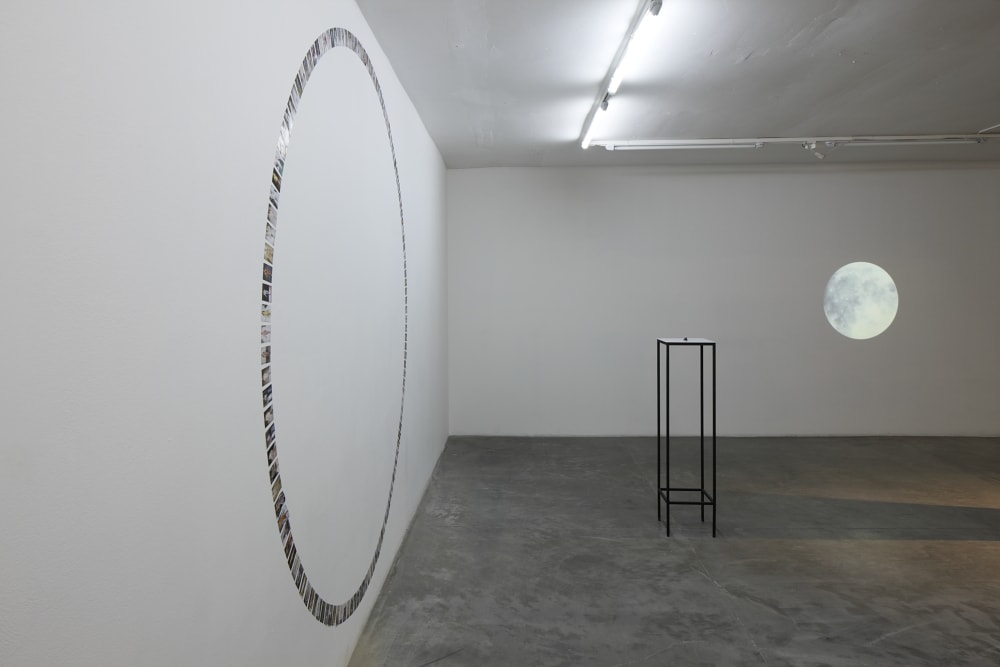 I am sure that, despite the claims of popular media outlets, this is not the most stressful age. However, I realize from time to time that I haven’t managed to do something in time. One more new cafe has been closed after five years of business, and I haven’t been there even once. The local culture newspaper, opened on a weekend, tells me what kind of horn section concert I missed the previous night. And the thought about the 104 symphonies of Haydn troubles me. They could all be listened to in two days, although it’s unlikely that I will ever sacrifice such amount of time to do that. The anxiety is not relieved by lists that attack me with surprising regularity – 100 places in the world that have to be seen; 1000 films that have to be watched and so on and so forth.

The exhibition, just like it was previously intended and planned to, is a list of more or less unsuccessful methods recording attempts to catch up. The list of the exposition’s components include a collage of a 100 videos of a full moon, which compiles a cliché often found in various movies – a shot of full moon with a cloud passing over it sometimes or a wolf howling; a photo without a description, kissed a 1000000 times; 104 symphonies – a vinyl record that enables one to listen to all Joseph Haydn’s symphonies in half an hour; a small painting with the right brush strokes in the wrong place, where all the brush strokes somehow have ended up in one place, creating a small hill of paint; a dust sculpture made from the dust left over from sanding the floor; an unfinished animation formed by a sequence of clippings from a magazine; the forgotten rainbow – a drawing that forms if you never can remember if the red colour is located on the inner or the outer side of the rainbow.

Krišs Salmanis (born 1977) is a Latvian artist who lives and works in Riga. He works with the media of photography, video, installation, animation and graphic art, creating conceptually charged accumulations-sets in which one can observe the attention to detail and intellectual sharpness of wit characteristic of the author. The size of the works varies, though mainly keeping within the range of small-format works. Together with Kaspars Podnieks, Salmanis put together the exposition for the Latvian Pavilion at the 55th Venice Biennale. In 2010 and 2012 he was nominated as one of the candidates for the Purvīša Balva, the premier Latvian art prize. The artist is represented by the Galerija Alma in Riga, Latvia. His works have been included in the collections of the Latvian National Museum of Art as well as the nascent Latvian Museum of Contemporary Art, and also the Central European and Eastern European videofilm archive Transitland at the Estonian Museum of Art.