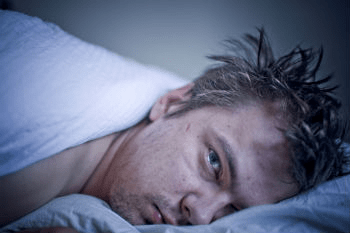 Images 1 of 1
Kristaps Kalns, Sarmīte Māliņa „What is There to Hide Sitting Lone in a Rose Garden”

From October 9 till October 31, an exhibition by Kristaps Kalns and Sarmīte Māliņa, titled „What is There to Hide Sitting Lone in a Rose Garden” will be opened in Kim? / VKN gallery.

What is there to hide, sitting lone in a rose garden… or in a dark cave, where fire (what a source of light!) draws shades on the walls, and they are often more real than the objects, which cast them. These plays of shadows and phantasms give a sapless comfort – as in a dream, when invisibly, but inevitably the border between “this” and “that” world merges. When petals of rose turn into a butterfly which is free to fly away.

Everyone likes finding its place beneath the Sun, both apart from everyone and among others. Interactions of thoughts and attitude towards the faith in something, illustrated by icons, something, which demands a presence and immersing of a visitor, which afterwards returns to his tiny world again. To the world, which, what a paradox!, is not so small at all. New experience and new questions about what is changed, while the others were watching the same. Responsibility for the others, those, who wait for something, who have stepped on the roads, which demand exploring again and again. Paging the petals of butterfly.”

Sarmīte Māliņa and Kristaps Kalns are among those professional and strong Latvian artists, which have worked in tandem during the previous ten years. Their work, apart from the chamber stile, is characteristic with a wide emotional range, high capacity of emotional plot and ideas, and it always fascinates the public. Māliņa and Kalns are able to share a conversation with the widest circles of public – including those, who do not have a notion “contemporary art” in their everyday vocabularies.

Exhibition „What is There to Hide Sitting Lone in a Rose Garden” might be regarded also as a part I of a rather huge show titled “Be patient…” which is planned in the Arsenal hall of the National Art Museum of Latvia in January 2012. It is planned as a selection of stories about uneasy subjects, which are not occupying just these two artists, but, most likely – all the inhabitants of this planet. Judging from the experience, the most personal stories are universal.
These stories-images can be called an emotional walk on a path of space and sound of live. And it is also a fight against the speed, in which people, shadows and flowers blooms and opens, before dying, spreading heated scent.

It’s possible also, that what the two artists do can appear to be considered egoistic, and taking care about depicting events from their lives in visible forms. But, then, isn’t the dialog with ones consciousness, as well as exploring live and fair confession of love towards life, the most honest mission of a human being?