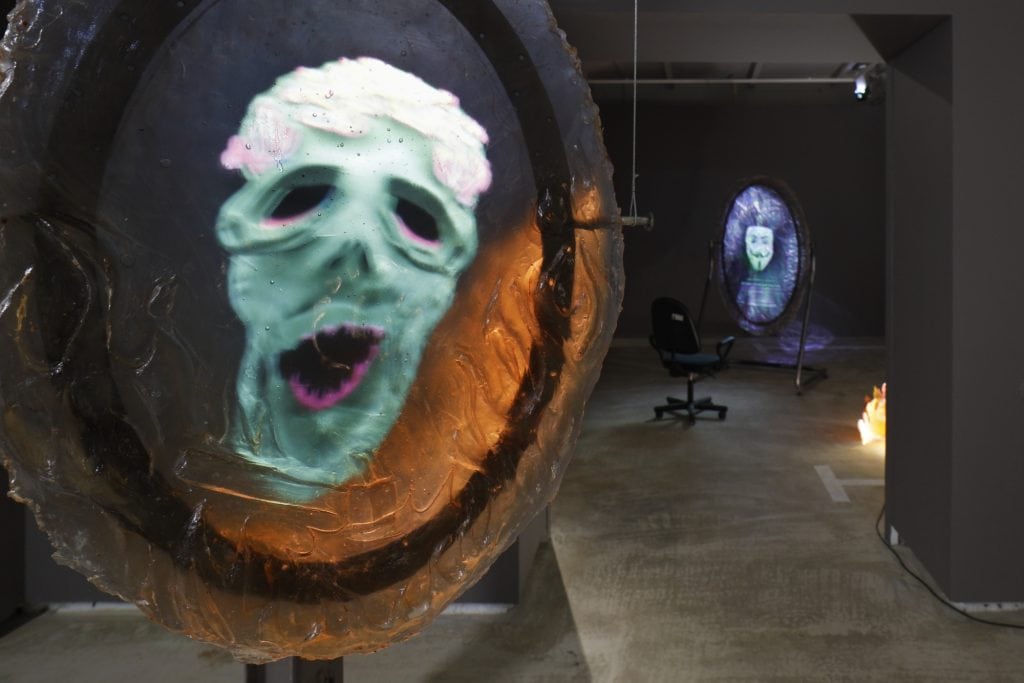 Images 1 of 6
Solo show by Līga Spunde “When Hell Is Full, the Dead Will Walk the Earth”

In her solo exhibition, Līga Spunde focuses on the ruthlessness hidden behind forms of everyday communication and information exchange on the internet. She analyses “hate culture” not just online, but in various forms where users exchange chillingly inhuman texts, images and videos that can sometimes also turn into real, horrifying acts.

ANONYMOUS. You first tried to chat sometime around the beginning of the 2000s when the internet also appeared in your home. It was exciting and terrifying at the same time. It was an opportunity to try out various identities, ages, genders and roles. Growing up happened fast and digitally. It was an absolute twilight zone, simultaneously a land of opportunity and new information. Here your short-sightedness was compensated by the blindness of everyone else who was there. You soon started to get to know the darker sides of human nature, learning about different perversions, hate, and obscenities in their broadest form.

ZOMBIE. You met me at a very strange time in my life.