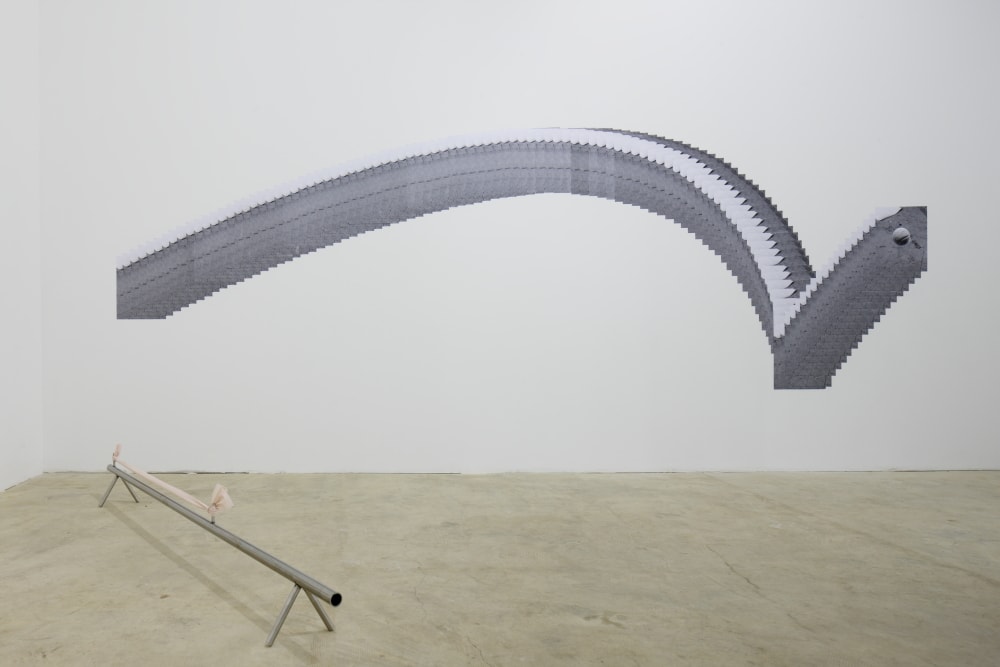 An object becomes real, when it is seen. And it’s impossible to make it be non-existent or unseen. It has been made and it exists, it has become a reality, it has been born and at least will have been. What form will it take, what weight will it attain, and where to project it, is the choice of the observer. Time does not exist; different distances exist between the subject and the object, imagined sides to take on a field, and speeds to choose. You have to find a perspective and/or research all possible directions.

Each observation is a compromise between chaos and order, between a feverous impulse and paranoia, and fossilized logic. Both the eternal speed of feelings, and the stretching of the rubber band in the deceleration of thought radicalizes the object – either erases it from this moment, or permanently affixes it. And thus the indulgence in any one of the extremes means you risk losing it from your field of perception. The question remains: is it the movement of the object or the intensity of awareness? Does only one common reality exist among different paces of consciousness?

Indulging in inexhaustible opportunities of the moment, and craving to create an object again and again, I infinitely repeat it. Reaching the speed of light, an object breaks up into countless opportunities and disappears between worlds.

A moment is reflected in the touchdown of thought; it is stretched in the length of a light year. I will slow time to zero and keep it as a memory. I can’t lose it, it is important. It gains weight and remains “a reminder”. Time thickens, the living scenery of reality freezes in condemnable concrete; the object has become a frozen commodity.

Two time zones; two modifications of perception. To surrender to the extreme means losing the object, you have to find the point of the subject-world’s creation. To clean the field and stay right here in the zero position. Now it’s possible to create time, which doesn’t repeat. Light comes to life in a landscape and somewhere between the palm trees disappears a lemur.

“What is Lost is Lost Forever” is an attempt to exhibit reality constituting dynamics, the architecture of truth, which is dependent on the observer’s position – its inner feeling and logic. Using a tennis game as a metaphor for the unavoidable movement of reality, Katrīna Čemme’s work looks at the duality between consciousness and materiality, between the perception and creation of reality, aiming to step over this dualism, and seize the object’s point of creation in motion. Two portrayed time schemes designate the perceivable transformation of characteristics of reality in two modes of consciousness and the creation of form depending on the dynamics of the observation. The exhibition is an attempt to find the point of balance between two speeds of consciousness, where the installation objects – a tennis ball – can continue its moving trajectory.

Katrīna Čemme (b.1989) studied at the Art Academy of Latvia in department of Printmaking,  and at Academy of Fine Arts Vienna. She is currently finishing her Masters degree in the Visual Communications department at the Art Academy of Latvia. She makes prints and sculptural objects, using materials with unique characteristics. She began exhibiting work in 2012 – Strange Neighbors Vilnius Graphic Art Centre, XCII, RIXC (2014), Systems, the National Library of Latvia (2015), Conditions of Contemplation, Riga Art Space (2016) also her works is regularly included in the publication Popper Magazine.