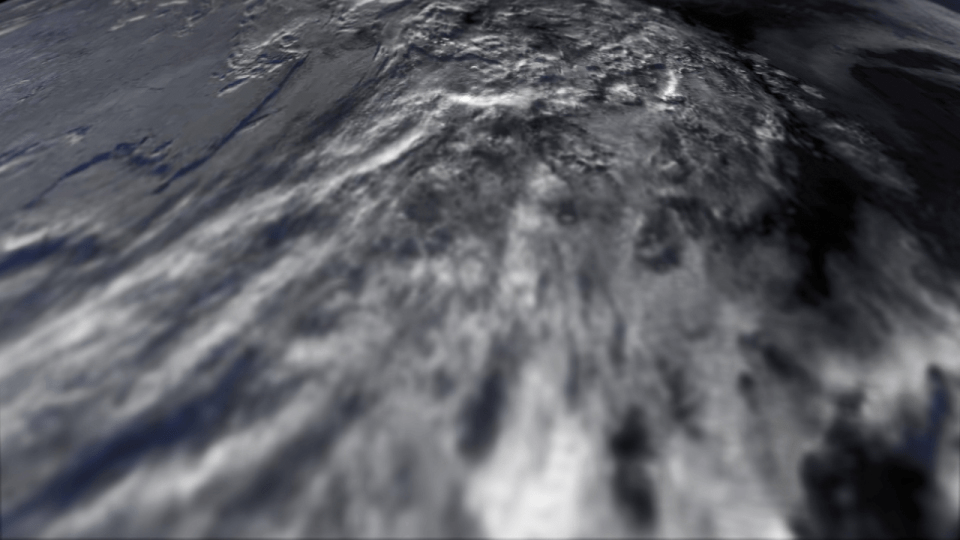 During Programme No. 4, 12 September until 2 October, 2009, exhibition “Land” by Latvian artist Mārtiņš Ratniks (1975) at the Kim? / VKN Gallery. The video installation exhibited at “Land” creates a space where visitors undergo saturated audiovisual experience.

The inspiration for “Land” arose when the artist came across the archive of images captured by the Terra spacecraft on the Internet about a year ago. In 2000 Terra, one out of several research satellites in the NASA project Earth Observing System, began collecting what will ultimately become a new, 15-year global data set on which to base scientific investigations about this complex planet. It does not cause any difficulty to the 21 century people who are used to Google Earth to recognize Earth in some of the images captured by the spacecraft while other pictures resemble the vortex of speckles of light in the legendary Stanley Kubrick’s “2001: A Space Odyssey” more than images of Earth’s surface. This makes one ponder the unfamiliarity of the seemingly familiar. However, these images have only served as an impulse and material to the work, the meaning of it is open to interpretation as nearly everything in art and science is.