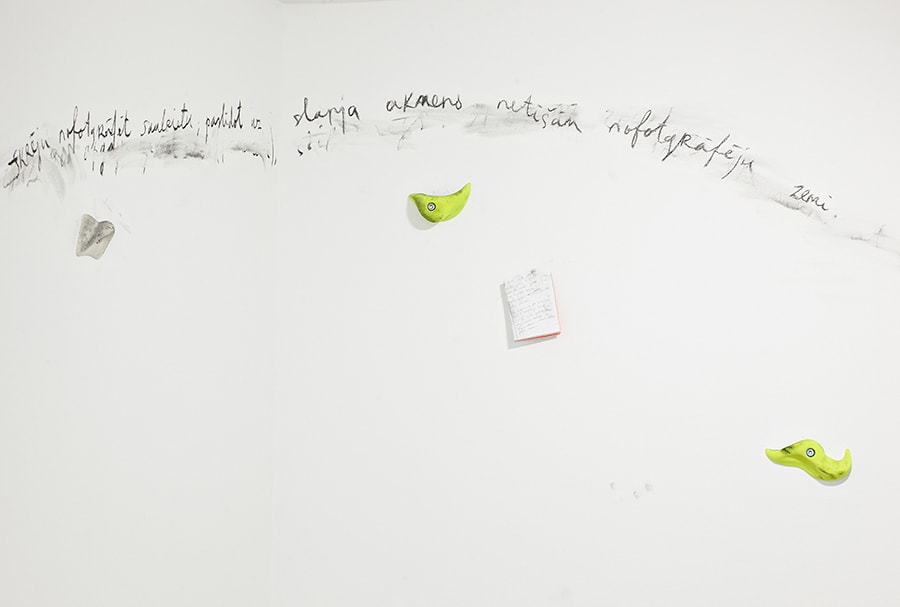 Most of the time when making decisions people unknowingly use already known and proven solutions which sooner or later imposes certain limits on our imagination and solutions become predictable. Seven Thursdays in a row I will conduct a draw; hence the selection of works and the setting of the exhibition will be determined by the factor of randomness. At the evening of the first Thursday there will be determined six works from the total of 44 work designs. Following the realization plan of each work, during the week there will be created an exhibition of six works, which will be on display for one day – on Thursday. At the end of every Thursday I will conduct the next draw, which will determine the combination for the next week’s exhibition. This routine will be repeated for 7 Thursdays in a row, resulting in an opening of the exhibition on the last Thursday.

Miks Mitrēvics (b. 1980) works with photography, video art and multimedia installations, participated in international exhibitions since 2003. Recent shows: Let’s go for a walk? I don’t know. It’s already late. Okay, just around a lake (2011), Contemporary Art center in Zagreb, Croatia; Noise in the corridor it’s 5:23′ and I know it’s the postman bringing the letters, Galerie VidalCuglietta, Brussels, Belgium; Fragile Nature, Overbeck-Gesellschaft, Kunsteverein in Lübeck, Germany. Miks Mitrēvics has received the Diena’s Annual Culture Award and has been nominated for the Purvitis Prize. In 2009 he represented Latvia at the 53rd Venice Biennale. Since 2010 lives and works in Brussels, Belgium.

Kristīne Kursiša (b. 1979) works with video art and installations, have participated in international exhibitions since 2003. Recent shows: Personālizstāde (2012), Kim? Contemporary Art Centre, Riga, Latvia; Carethings (2009), Riga Art Space, Riga, Latvia (with M. Mitrēvics), Out of Control, gallery Alma, Riga, Latvia. Kristīne Kursiša has been nominated for the Purvitis Prize in 2011, for Diena’s Annual Culture Award in 2009. Since 2010 she is studying film directing in Moscow, Russia.