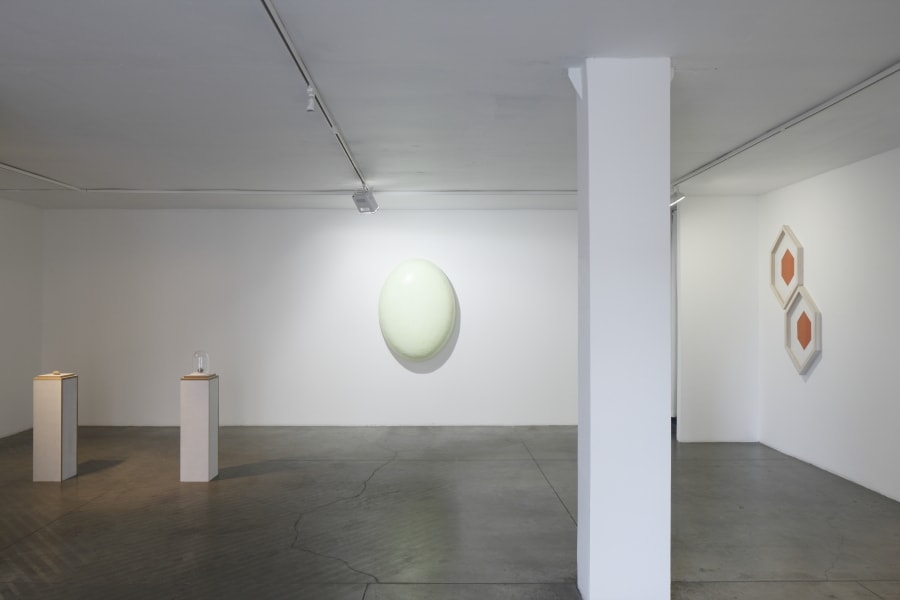 Before Vassiliy went back to Saint Petersburg, we talked about the exhibition by Ojārs Pētersons Oranžais stūris (The Orange Corner), which would be held at Kim? in the middle of August, and Vassiliy was complaining about not being able to see it, while I went on about having to construct some kind of text based only on a few lines that Ojārs had sent, mentioning things like student summer internships, “a few photographs, some granite, sound” and “some similar stuff”, as well as two different meanings of the word “corner”. We did not have much of a conversation, for we thought that the concept of the exhibition is concealed in a silent irony of evasive phrases, while naming a few things leaves potentially infinite space for their topical visualization (which then is this very “visible” artwork), just like the mentioning of “corners” of Boyce, Flavin or even Tatlin would quite contrary draw too much of imagination to genuineness of history.

Having come home, I opened that page in the Philosophical Investigations that speaks about illustrations of a book – a rectangular parallelepiped drawn with lines – and its potential interpretations depending on its accompanying text. Here, for example: “In the accompanying text, something different is in question every time: here a glass cube, there an upturned open box, there a wire frame of that shape, there three boards forming a solid angle. Each time the text supplies the interpretation of the illustration.”

Here Wittgenstein is interested in what he calls “noticing an aspect”, and so he continues: “But we can also see the illustration now as one thing, now as another. – So we interpret it, and see it as we interpret it.” By reading this passage again, I contemplate that the seeing as analysed in Philosophical Investigations – for instance, seeing something as salience you can run into or a corner you can get stuck in – could be generalised and attributed to the relationship between the visible or invisible part of the artwork and its very conception or interpretation. Yet a concept can be verbally tacit, unmanifested openly or only intuitively grasped, but interpretation can take place at a level of naive realism, which, similarly to Don Quixote, takes seriously some fantastic adventures of some kind of Amadis of Gaul described in knight novels. So what is a viewer who is not cased in armour left to do? All but hope for materiality of an artwork and for orange colour protecting them from running into a sharp edge or from getting stuck in a corner, where misbehaved children used to be put on their knees on peas. This could be called the truth content of an artwork, although for me as an idealist “corner” and “edge” are just different notions in our heads.

/ from Jānis Taurens records inspired from conversation with Vasīlijs Voronovs/

Looking again at the “received paragraphs”, we suddenly realize something more in relation to the corner – “in one way we understand “the corner” as a protrusion. An inward “nook”. After all, the term “put in the corner” is also used”. With that, I assume the word “corner” has two primary meanings. In any case – there have to be two elements – two walls angled or something else, where to get stuck or to bump into.” The above quoted conversation, by the way, has the following title “get stuck or bump into; a prelude”. Are all the corners already occupied?