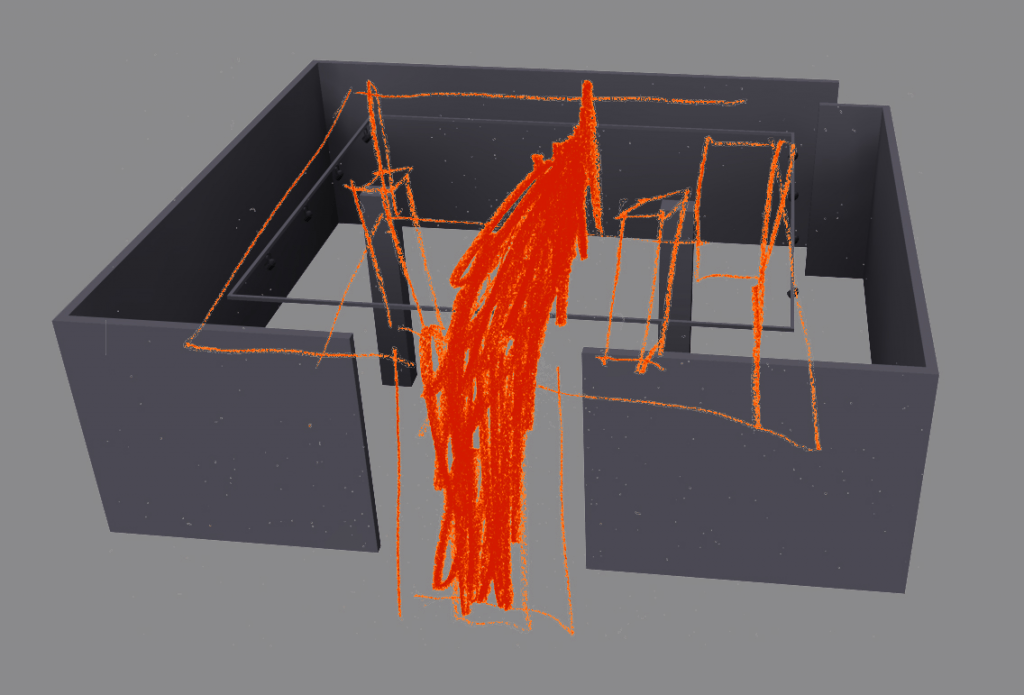 Ojārs Pētersons about the orange side in oldmodern* way: “I glanced to the one side and then to another. Double sided view to the whole, I thought. Does it mean that I am the one who devides the whole in two? Do the sides exist without me at all? But then – what is it, where I am? Could it be absolute nothing? Or maybe I belong just to one of the sides? Or is the whole a unit while its parts – just my phantasm? If I pass to one of the sides, i do not really understand on which of them I am exactly? Can I be on both sides at the same time? Can I be double sided? Inside or outside? (For example, what determines inner side / outer side of a mug – where a holder is located?) I can not understand anything. Or is it still understandable party? When looking from my side.”

From the upcomming Kim? year book: “The next morning – it was a day off – I received an e-mail from Ojārs with an attachment that should have contained materials on his forthcoming exhibition. I tried to pen the file and my computer screen became coloured in an even orange tone. At first I thought it could be a virus but then remembered all of Ojārs’ artworks are orange. I began to contemplate the map for hunting the Snark, ‘a perfect and absolute blank’ or the 19th century French poet Alphonse Allais’ completely red page which he called Apoplectic Cardinals Harvesting Tomatoes by the Red Sea. I then said to myself: “No, these jokes are not to Ojārs’ taste, my computer is probably at fault.”” / Jānis Taurens /

Ojārs Pētersons (1956) – professor at the Art Academy of Latvia, Department of Visual Communication. Participates in exhibitions since 1975; fields of activity – graphic, installation, objects and new media. At the second half of the 1980s the artist starts using orange colour in his creative work – it becomes a characteristic mark of his art. In 1999 Ojārs Pētersons together with artist Anita Zabiļevska and photographer Inta Ruka for the first time represented Latvia in the Venice Biennial. Since 2000 Ojārs Pēterson’s participation in exhibitions is rather rare. His previous solo show The Orange Hole took place in Arsenāls, the exhibition hall of the Latvian National Museum of Art, in 2005.