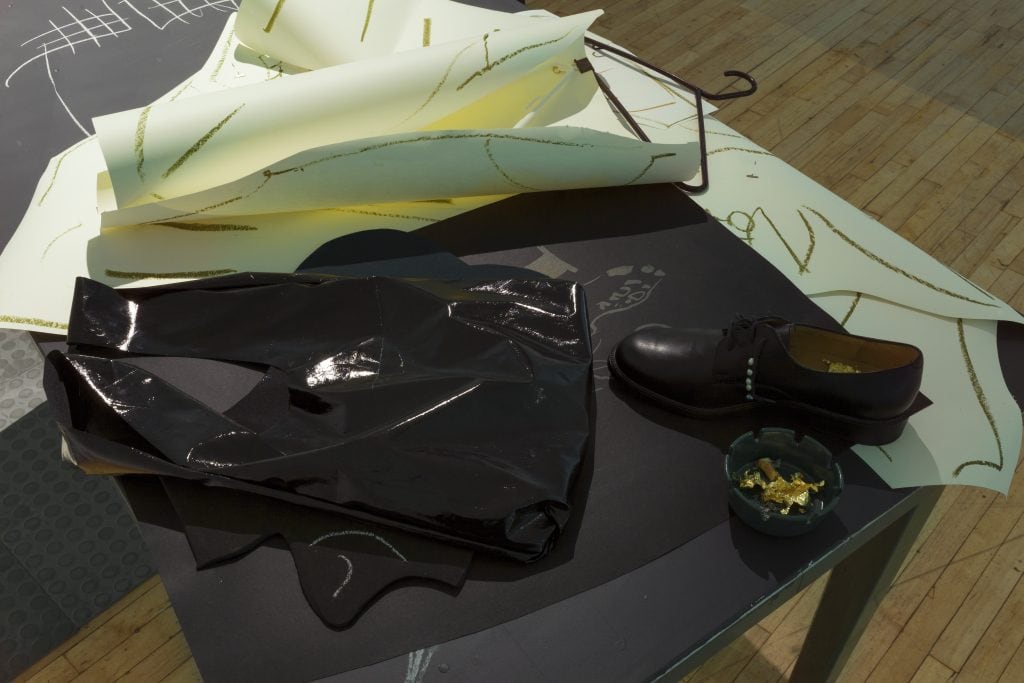 — Dear Jargot, how to act in the middle of this sentence? Here, on the stage, where abandoned ideas are given roles to play, where a clandestine visual vocabulary interacts with the eye, and where references mingle and mutate?

— It is bordering on the opaque and the comic, between inspiration and completion. Go for the quality of eloquent suggestion; build a dialogue between the fragile, the hidden, neglected, and the other!

Jargot is a new sculptural installation by Ola Vasiljeva that continues her investigation in the relationship between thought, language, and production of objects. Jargot operates as a metaphor for syntax, populated by reoccurring characters, which move seamlessly between sculpture, prop, and performance. It builds a coded dialogue, full of half-conscious speech mistakes, incomplete phrases, cartoons, and hints. It is not about objects or subjects; it rather finds itself in-between them.

Jargot confuses boundaries of categorizations, creating a web of references, riddles, and inside jokes. Installation in Art in General is about to be populated by various personages, embodied in the forms of sculpture, interior objects, sound, video, and light, as well as modes and relations among them, oscillating between the physical and sometimes intangible, imagined.

Evoking the uncanny waking-reality of dreams, Jargot makes tangible isolated gestures and absurdities, which only occur in the sleeping mind. And even before everything has started, Jargot hastens to note about the laxity of interpretation and some ultimate meaning that is determinedly left open-ended.