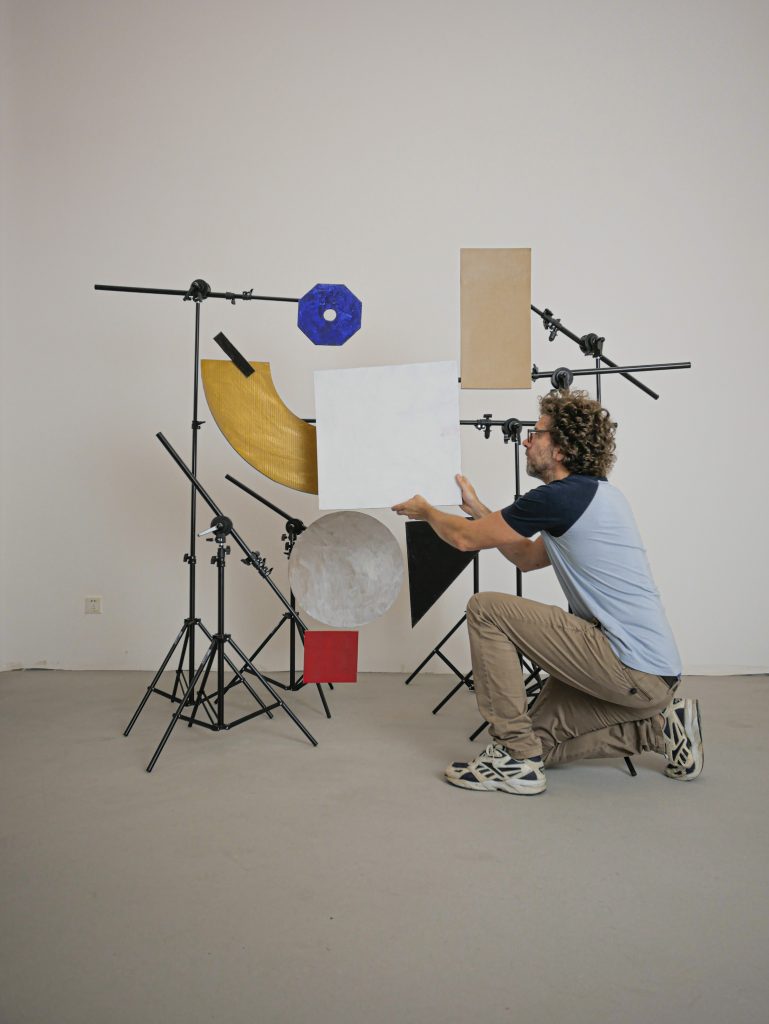 As a result of continuous collaboration among Kim? and The International Studio & Curatorial Program (ISCP), Krišs Salmanis is invited to spend two months in the summer of 2021 in New York, becoming the third resident of Latvia, who will have the opportunity to partake in the prestigious residency program.

This year four artists where shortlisted for the Kim? Residency Award  – Amanda Ziemele, Līga Spunde, Jānis Dzirnieks and Krišs Salmanis. Commenting on the choice of the winner, the ISCP expert jury points out: “The artist Krišs Salmanis was chosen for the ISCP residency, appreciating his outstanding artistic performance and significant contribution to the development of the Latvian art scene. We believe that the time he will spend in New York, will open up new opportunities professionally and will provide an opportunity to engage in the New York artistic life processes.”

Kim? Residency Award was founded in 2015 with the aim of promoting the development, professional growth and international recognition of Latvian artists. The annual Kim? Residency Award allows one promising Latvian artist to participate in the residency program in one of Kim? partner organisations abroad. Krišs Salmanis will be the third resident from Latvia, who will travel to New York as a result of collaboration between Kim? and ISCP. In 2019, artist Maija Kurševa spent three months at the ISCP, while in 2016 Ieva Epnere during her residency in ISCP presented her solo exhibition at Art in General Sea of Living Memories, which was later awarded The Purvītis Prize in 2019, the most substantial art award in Latvia.

With the support of Ministry of Culture of the Republic of Latvia and founder of VV Foundation Vita Liberte, Kim? has undertaken further collaboration with ISCP residency to provide continuous development opportunities for Latvian artists in the future.

The International Studio & Curatorial Program (ISCP) is a leading nonprofit, residency-based contemporary art institution for emerging to mid-career artists and curators from around the world. Founded in 1994, ISCP has hosted over 1,300 artists and curators from more than 55 countries. To advance its core mission of supporting artists in producing and exhibiting a wide range of contemporary, often experimental, artistic approaches, ISCP annually presents a series of innovative exhibitions and public programs both on- and off-site. ISCP’s programming engages audiences in meaningful ways while fostering the institution’s relationship to its community. Each year, over 100 artists and curators are in residence at ISCP and approximately 10,000 individuals attend ISCP’s public programs.

Krišs Salmanis (born in 1977) studied at the Art Academy of Latvia specializing in Visual Communications and at the Media Art Academy in Cologne. He exhibited in the Latvian National Pavilion at the 55th International Art Exhibition La Biennale di Venezia together with Kaspars Podnieks. In 2017 Krišs Salmanis along with Anna Salmane and Kristaps Pētersons were awarded the Purvītis Award. The artist’s work is included in the Latvian National Museum of Art and the future Contemporary Art Museum of Latvia collections, as well as the collections of the Art Museum of Estonia and Transitland: Video Art from Central and Eastern Europe.