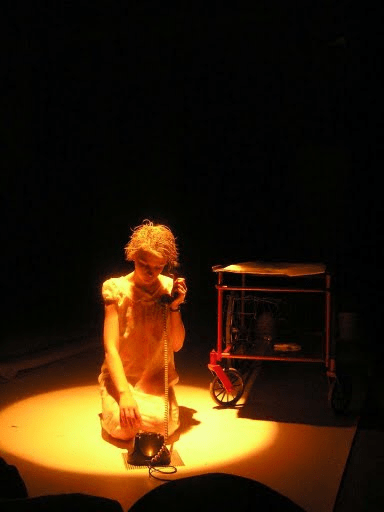 On 12 June at 19:00 everyone was invited to attend performance-trip “O”. We see a woman and a child. Let’s go on a trip, a boat-ride in spring. Herbert is with us. One hour of travels in the inner world of the director, actors and audience.

Already for several years Toms Auniņš has been active as a musician and, studying drama and theatre, is beginning to appear also on theatre stage. In his performance-trip “O” the young director manages to create a special tension between himself and the audience. One could say it has a vibe that approximates catharsis. “O” for the first time appeared on the stage in Czech Republic in 2008.