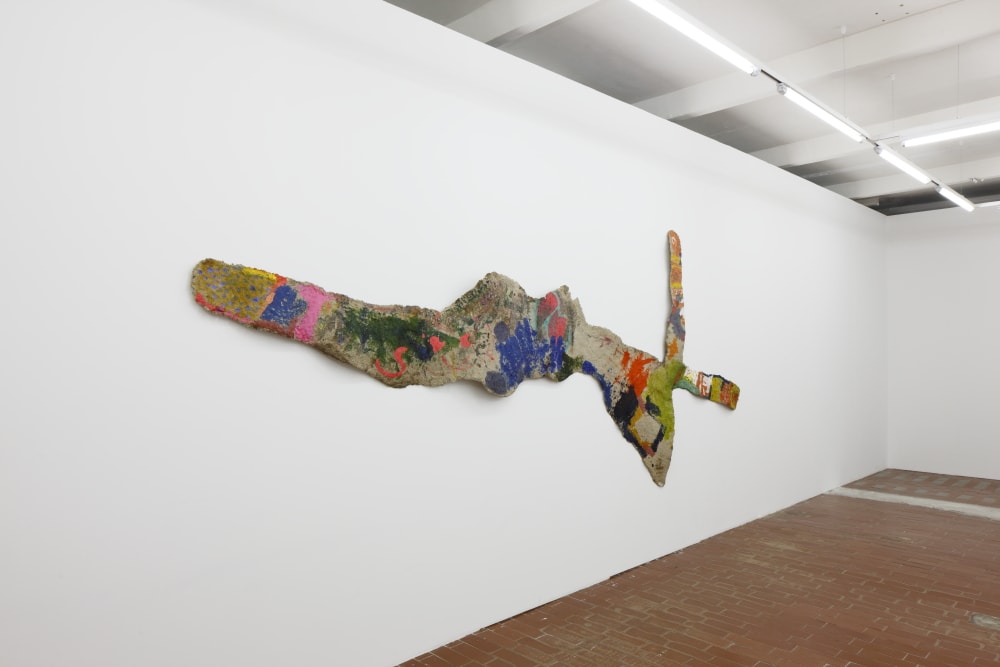 Images 1 of 7
Rodrigo Hernández “The Shakiest of Things”

The title of the exhibition derives from the Swiss novelist’s Robert Walser’s work Microscripts (Mikrogramme, published posthumously in 1956). And while German philosopher Walter Benjamin has pointed out two of the characteristics of Robert Walser’s microscripts: “a complete insignificance of content and the denial of style”, Latvian Jānis Taurens notes, that (reading Walser), “You feel that something is amiss, it seems, he isn’t writing right, as one should, and then, at this very moment, you catch yourself in that feeling, and it seduces you.”

In preparation for the exhibition and all the while dimensionally approaching the limits of legibility of a condensed (writing) format, Rodrigo Hernandez has collected anonymous drawings-scribbles by children published on the Internet. Made into a small collection it became the basis of a new series of work combining materials of earlier use as well as new/unexpected ones aimed at creating new meanings. This seemingly humble archive of anonymous drawings appears liberating as it is used in the exact same way in which the artist might use his own personal theme and material repertoire – free to alter and transform without any particular piety, focus or an artistic agenda, directed by a specific message. Also the installation time in Riga has a touch of experimental treatment of “studio work”, that is, central exhibition work is created in-situ in the Kim? exhibition rooms: a site-specific installation of papier-mâché, that includes the architecture of the space, as well as engages the younger audience – children – in the making of the art work. Working with paper pulp is time-consuming, which turns an exhibition into an event that unfolds in time; although marginal and elusive to the eyes, however, change occurs throughout – as the material is drying out completely. The process itself, again, is associated with Walser’s Microscripts through its characteristic deficiencies and its “chaotic dispersal”, which, in turn, confirms the artist’s interest in themes such as perception, the message, imagination and uncertainty, all in its various forms of representation.