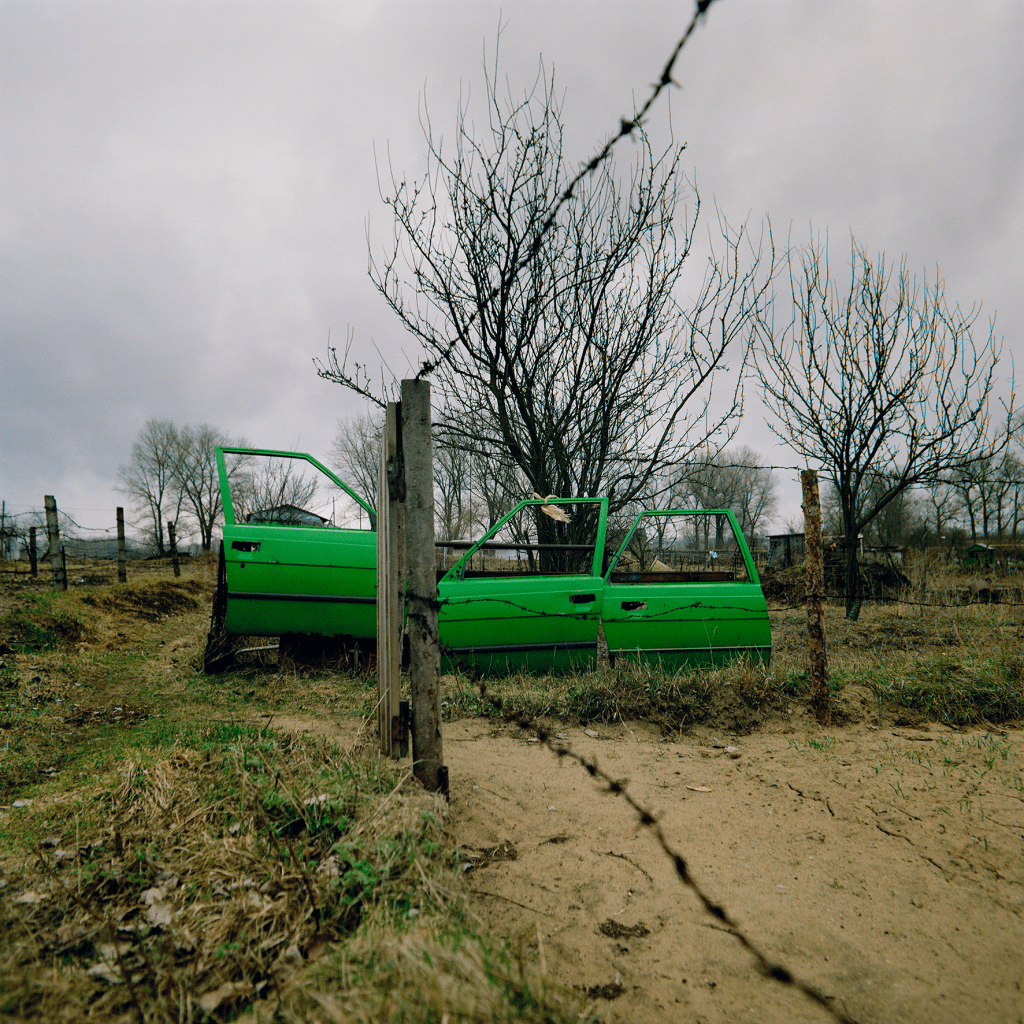 During Programme No. 9, 20 March till 11 April, 2010, exhibition “L.S.D. Living Space Daugavpils” by Latvian artist Alnis Stakle (1975) at the Kim? / FK Gallery – the latest addition to Kim? galleries. The Kim? / FK Gallery which has been established in collaboration with the magazine “Foto Kvartāls” will showcase contemporary photography, as well as organize lectures and discussions on photography.

Exhibition “L.S.D. Living Space Daugavpils” presents a selection of photographs from the voluminous series Alnis Stakle worked on from 2002 till 2008. In this series, Alnis Stakle has turned to his local environment researching cityscape and its visual and social paradoxes. “The opportunity to roam, take photographs, watch and discover the surreal, absurd and honest in simple things, in the world of unimportant and ordinary events was of importance,” says the photographer. Photographs from the series “L.S.D. Living Space Daugavpils” are mostly urban and suburban landscapes where colour acts as  means of artistic expression – the author conveys his message with the help of colour scheme and colour accents. “Underneath the routine life and the commonplace, underneath the seeming stillness of the atmosphere, a hard to observe ‘secret’ life exists, rich and full of texture. His photographs attest to the phenomenon with eloquence while being at the same time minimal, away from dramatization and theatricality,” writes Hercules Papaioannou, (2006) curator of the Thessaloniki Museum of Photography, Greece.

Alnis Stakle, photographer, pedagogue and PhD student at the University of Daugavpils lives and works in Daugavpils. He has had solo shows both in Latvia and abroad, e.g., during the photography festival Transphotographiques, Lille (2009), at the Gallery.Photographer.ru, Moscow (2008). He has participated in international contemporary photography and art exhibitions, e.g., photography festival Fotoweek, Washington (2009), exhibition Second Cities, Łódź and Graz (2009), exhibition of Latvian contemporary art From M to ZZZ, Prague (2008), as well as in exhibition Private. Contemporary Photography in Latvia, Moscow (2008) and Riga (2009). In 2009, publishing house “Neputns” published a book “Alnis Stakle” by Alise Tīfentāle.