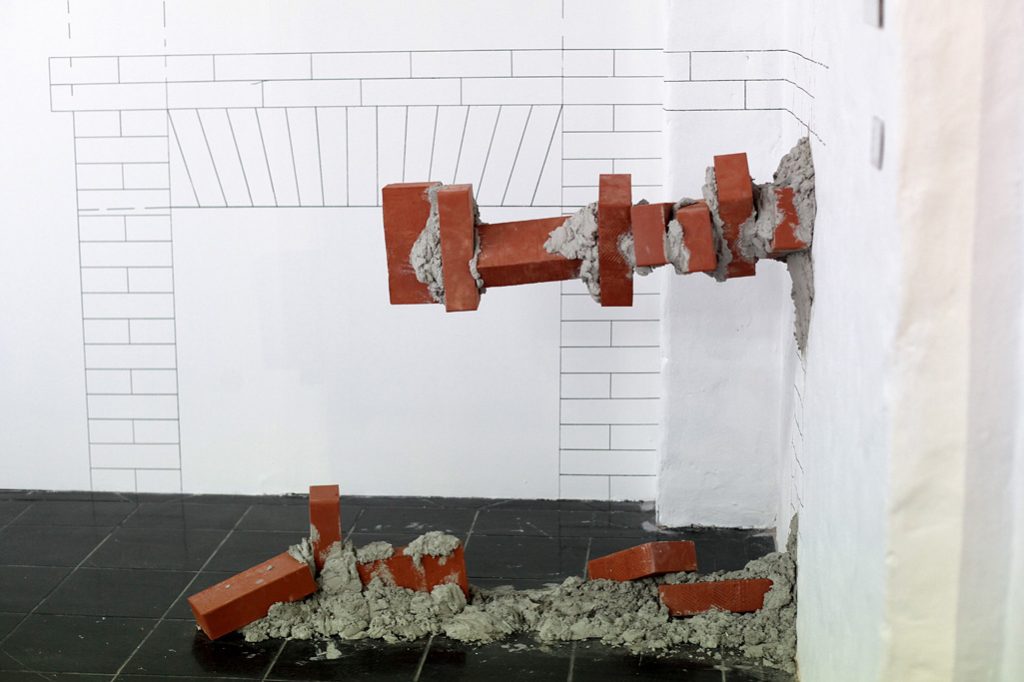 The starting point of the exhibition AND SO ON AND SO FORTH is Robert Filliou’s Principle of Equivalence (1968) — a pseudo-economic rule, which posited “well-done”, “badly done,” and “not done” artworks as fundamentally equal. It was an attempt to pull art out from under the weight of calculation and strategy, and to assert that an “error” can serve as something other than a sign of inadequacy. Filliou created several works following this protocol, in each of which he added a stamp with a tick indicating the state in which the artist chose to leave the work. By doing so the principle became a “conceptual tool” with infinite possibilities.

Following Filliou’s trajectory, AND SO ON AND SO FORTH is a continued exploration into the generative capacity of creative process — the original idea, its imperfections and the possibilities of, to borrow again from Filliou, the “not done”. Emphasizing the ongoing nature of an art practice, many of the works on display are in progress and open-ended, more verbs than nouns, and multiply and change over time: for example, in the unreeling of Triin Tamm’s Carousel Collection — the ever-growing and looping ensemble of slides — or  in undeveloped film rolls by Paul Kuimet & Mikko Rikala. David Horvitz drives to remote Baltic beaches, goes for walks to follow the sun, and paints the skies on envelopes.Ursula Nistrup is continuing to seek for a piece of music once heard on the radio. Takahiro Iwasaki is building curious micro-sculptures out of everyday objects and the ephemeral sculptures by Toomas Thetloff will come into being only after they have been stepped over, walked through or followed, leading the viewer to the yard of the exhibition space, where Pind is investigating our need for physical objects by excluding them. Annika Ström would like first to lie down, and then, to think. The potentiality of failure and refusal is also at stake in the work of Julien Prévieux, who is tirelessly writing non-motivational letters to job offers found from newspapers. Camille Laurelli and Ivars Gravlejs are both looking into original ways of solving problems with things at hand. While Laurelli is re-editing all of MacGyver’s improvised “recipes” as one endless episode, Gravlejs is introducing the eponymous stars of Pat & Mat from a Czech stop motion animation TV series as contemporary artists. In spite of all the possible and impossible miscalculations, they eventually manage to find the most surprising solution to their self-generated problems. San Keller’s gold tipped ebony action stick Nothing is Perfect can be used for pointing out possible flaws and shortcomings of the other art works, including his own early works, all of which are owned by biggest fans and collectors, his parents — Marianne and Fritz Keller.

Combining the poetic, humorous and rational, the exhibition AND SO ON AND SO FORTH is an opposition to the over-professionalization of the arts and a manifestation of the inventive and imaginative aspects of art making.