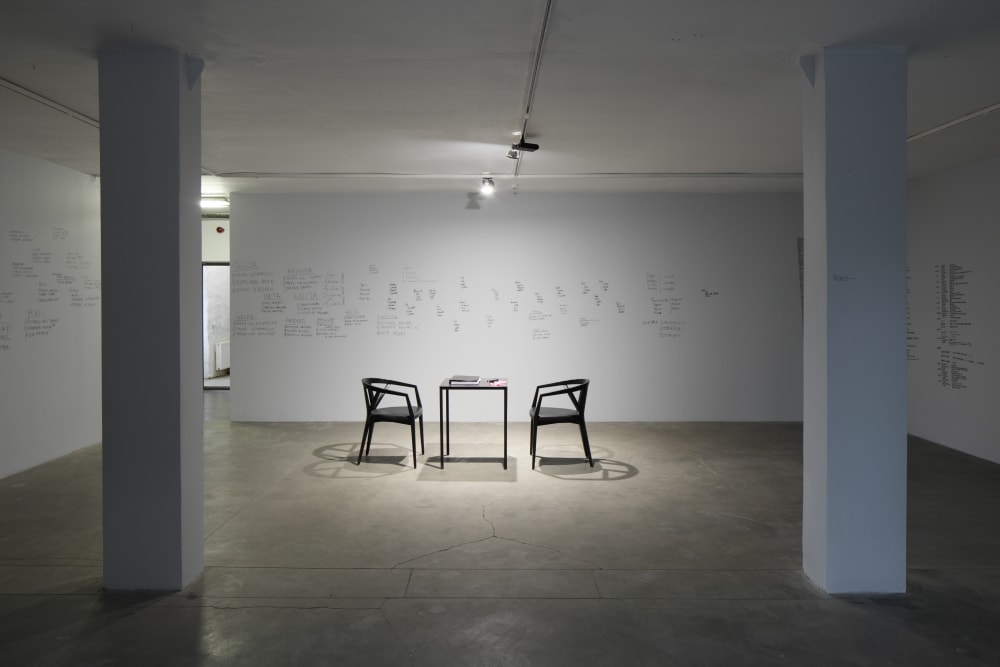 Images 1 of 5
The Project “An Archive of Stones, to be periodically activated, speculated upon, damaged and finally gilded with fiction.”

An Archive of Stones, to be periodically activated, speculated upon, damaged and finally gilded with fiction is a project which addresses the use and significance of stones in contemporary art, as well as their narrative or linguistic potential. Neither an exhibition nor a lecture in traditional terms, this project is, if anything, an archive that is meant to be activated through narrative, speculation and inevitably, misinterpretation. Intended to function not only as an interrogation, which is not so much exhaustive as it is comprehensive, of the use of stones in contemporary art, but also as an ad-hoc, ever changing ritual based on the reading of stones. Taking the most rudimentary, mute, supposedly meaningless and indigent objects of so-called pre-civilization, which have already been rendered strange through their transformation into objects of culture through art, the archive proposes to function as a language itself– a language whose signification and mode have yet to be determined. For instance, while this language could function in the most fundamental way, as in tools for every day living, gesturing, at best, new, if primitive forms, it could also be of a more divinatory or mystical order, depending on who uses it and how they do so.

Chris Sharp (b. 1974, USA) is a writer and independent curator based in Mexico City, where he and the Mexican artist Martin Soto Climent run the project space Lulu. A selection of exhibitions include The Lulennial: A Slight Gestuary at Lulu, Mexico City, co-curated with Fabiola Iza (2015); The Registry of Promise at La Fondazione Giuliani, Rome, 2014, Le Parc St. Léger, Pougues-les-Eaux, France, 2014, Le Crédac, Ivry, France, 2014, and De Vleeshal, Middelburg, Holland, 2015; The 12th Swiss Sculpture Exhibition in Biel/Bienne, Switzerland, entitled Le Mouvement, co-curated with Gianni Jetzer, 2014; Manners of Matter, Salzburger Kunstverein, Salzburg, 2014. He is a contributing editor of Art Review, a contributing editor of Art-Agenda, and his writing has appeared in many magazines and on-line publications.