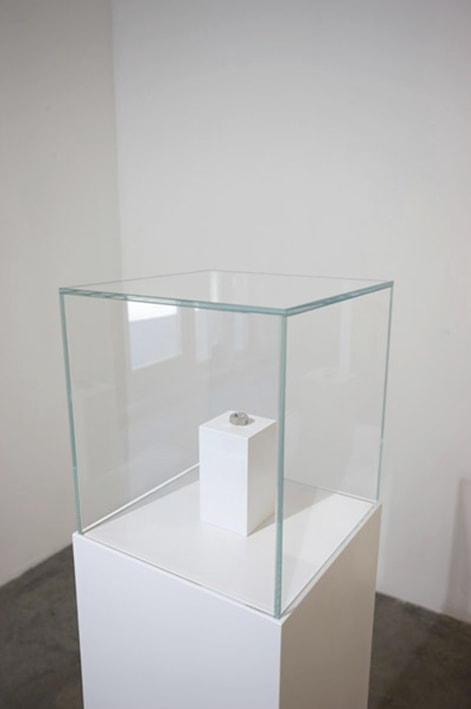 During Programme No. 2, 13 June until 19 July, 2009, exhibition “Escape Attempt” by Latvian artist  Armands Zelčs at the Kim? / VKN Gallery displaying works created especially for the exhibition at Kim?.

As Dr. Prof. J. Taurens writes, “In his works we cannot speak of dry equivalence – a particular kind of tautology – between the idea and the material object; there is a tension between them, they are open to interpretation and here the extra layers of meaning are formed. Alongside the material object there may also be complementary elements such as sound and video. Using the notion of possible worlds, we may say that Armands’ works are research into laws of some possible world that could be contradictory in our world as in the case of “Nut”, or even highly comical or ironic when compared to our world as demonstrated effectively in the work “Ventilation pipe for a pregnant woman”.”