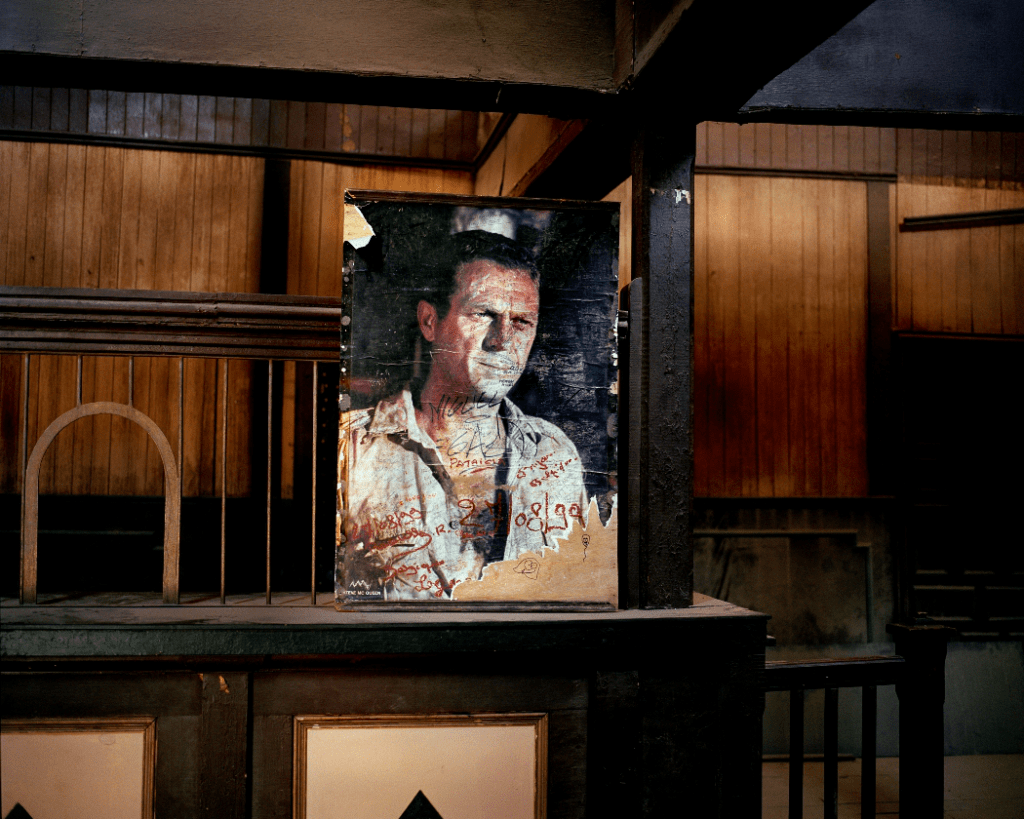 During Programme No. 10, 17 April until 9 May, 2010, exhibition “Once Upon a Time in the West” by American photographer Aaron Schuman at the Kim? / FK Gallery. The exhibition is part of the American culture month “Made in the USA” programme and is supported by the Embassy of the US in Latvia and airBaltic.

The exhibition “Once Upon a Time in the West” showcases 15 photographs from the series bearing the same name. Schuman has researched “the American myth” and attempted to define its symbols – brutal individual, precise shooter and defender of righteousness. All these elements are summed up in the film “Once Upon a Time in the West” (1968) by the Italian film director Sergio Leone. The film inspired Schuman to create the photographs at the film sets of “spaghetti Westerns” in the Almerian deserts in the southern of Spain. The experiment resulted in a revelation that the fundamental American myth – the Wild West and its associations with freedom, rebelliousness, brutality, morality and honour – was most successfully transposed by the Italian director onto the landscape of Franco’s Spain.  Schuman attempted to discover what these sets – flimsy, worn and weathered, but still standing forty years on – might insinuate about the state of America, its ideals, reputation, ambitions, vision and illusions.  The series might serve as the starting point for a deeper research into the symbolism of the American dream.

Aaron Schuman is an American photographer, editor and curator. He has studied in New York and London. His works have been published in many prestigious magazines and newspapers such Photoworks, ArtRevies, Modern Painters, HotShoe International, Creative Review, The British Journal of Photography, The Face, DayFour, The Guardian, The Observer, The Sunday Times and others.