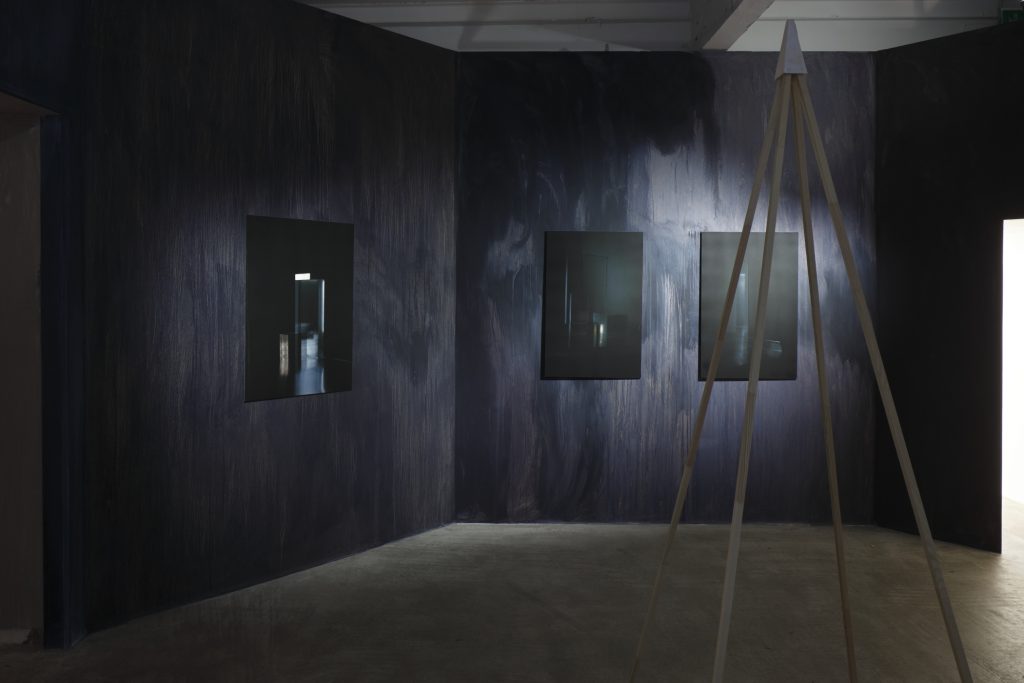 Atis Jākobsons in his solo show focuses on the grid as an invisible but present structure that twists phenomena (as well as ideas and gestures). In his exhibition, Jākobsons is using a variety of techniques to create a multi-faceted composition.

“”Form is emptiness and the very emptiness is form; emptiness does not differ from form, form does not differ from emptiness; whatever is form, that is emptiness, whatever is emptiness, that is form, the same is true of feelings, perceptions, impulses, and consciousness,” (from Heart Sutra, Mahayana Buddhism.). Quantum light grid before the big bang. Work with the system of the grid as submitting to the law of universal forces. The path from the wandering of the subjective mind to cosmic and fundamental structures. Simultaneous awareness of form and formless.” – Atis Jākobsons

Atis Jākobsons (1985) currently lives and works in Berlin. He is looking for ways to reach the primal nothingness by blurring the boundaries between the subject and the object, the impossible and the mundane, the human and the divine, reality and idea. Using painting, charcoal drawing, video and installation, Jākobsons creates sensitive surfaces to perceive the space that lies behind.

In 2010 Jākobsons graduated from the Art Academy of Latvia with a master’s degree in painting. Since 2004 his works have been exhibited at such international projects as the Cēsis Art Festival (2016) in Cēsis, Slash: In Between the Normative and Fantasy (2015) at the Kim? Contemporary Art Centre in Riga, KIK-4 Kino International Kunst (2015) in Berlin, the Survival Kit festival (2013 and 2014) in Riga and other important group shows. He has had several solo shows in Latvia, the most recent of which are Frequencies (Euphoria) at the Māksla XO gallery in 2016 and Dark Matter at the Mūkusala Art Salon in 2015. For Dark Matter Jākobsons received the Diena Annual Award in culture as well as nominations for the annual Latvian Television and Latvian Radio Kilogram of Culture awards and the Purvītis Prize in 2017.