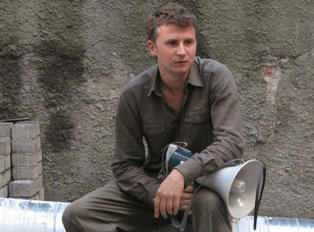 On Thursday, 10 December at 19:00 everyone was invited to attend lecture “End of Nature and Reliance: Experiments in Contemporary Cinema” by film director and cameraman Dāvis Sīmanis (1980). The lecture is part of the thematic block “Climate”.

Over the past fifteen years the issue of humans coexisting with nature has become topical among the artists who previously created elitist works commissioned by major museums. The depiction of this problem is creating a segment of cinema where authors are no longer restricted by the reproof of narrative cinema, i.e., lack of storyline or triviality of the subject matter.

Sīmanis was analyzing environmental experiments in cinema beginning with the very first authorities of the US and Great Britain cinema in 1970’ies (Stan Brakhage, Michael Snow and Derek Jarman) who still holds a notable influence on today’s cinema. However, main emphasis was put on the more recent projects that have been created in response to the global unrest over the irrevocable changes in climate and ecosystems. Sīmanis will show excerpts from films where the reminder to preserve nature goes hand in hand with unique combination of environment, place, persona and way of thinking (Matthew Barney, Bill Viola, Emily Richardson, Corwin Fergus and others).