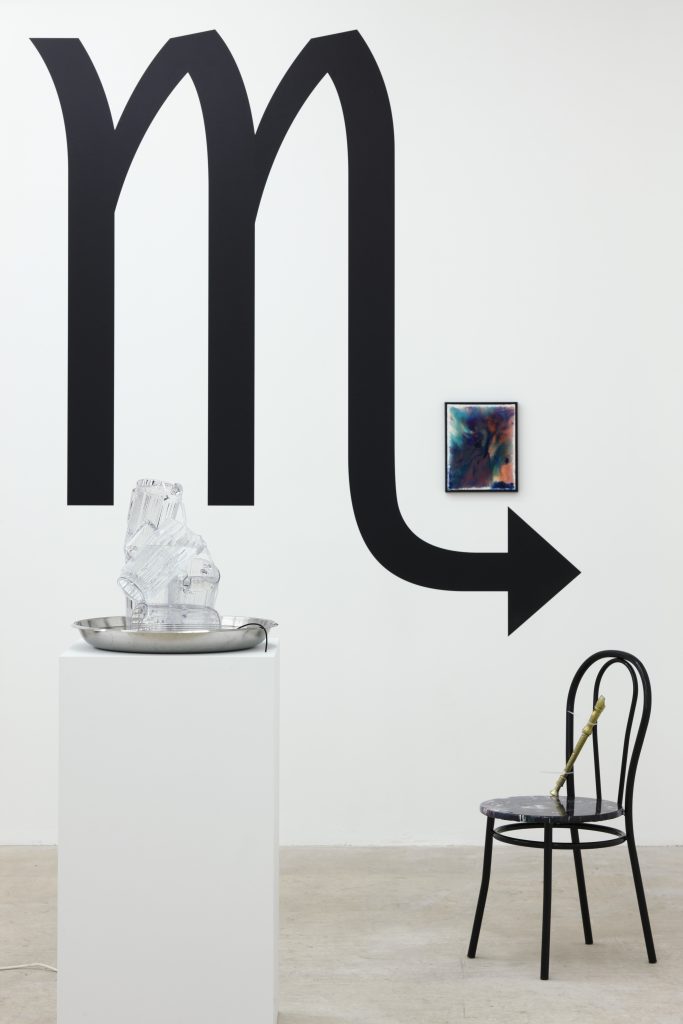 For this year’s final exhibition cycle Kim? has prepared a solo show by Danish artist Ditte Gantriis that will be on view from December 6 – January 27.

Kim? Contemporary Art Centre is delighted to present a solo exhibition by Ditte Gantriis which is her first presentation in the Baltics. The artist works across a range of media in order to create immersive installations. On many occasions Ditte Gantriis appropriates widely used symbols and signs, even cliches if you will, to question and repurpose their meaning. Appreciation for artisanry of varying materials grants her work with sleek shapes and is present characteristic of her practice. In th exhibition Open Marriage Ditte Gantriis investigates ways of care for co-existing in the time when there’s no time, and in has come a need for immediate solutions to fix what is broken. Relationship, a state of being connected romatically or platonically, is an ongoing negotiation, thus the concept of an open marriage is an invitation to consider relationship as a contract, a compromise reached by making concessions. You give some and you get some but you never have it all. But when do you, really? Gantriis unfolds the idea of a relationship as a lasting symptom rather than a resolution, and seeks variations of means to restore the perished bonds. Unlike previously in Ditte Gantriis’ practice, in Open Marriage each of the works is to be seen as an individual unit that carries its own story and longing. As a unifying thread, in each of them there’s a succession of universal symbols. Zodiac signs, pyramid, water, and egg among others, is a vocabulary referring to the order life and of the Universe, the ultimate source of wisdom. The polysemy of these symbols allows endless possibilities for interpretation, which makes them so appealing when communicating to a superior cosmic power. In a much like New Age manner, these symbols function as charms or problem-solving talismans. The unity of these individual stories can be read as a cluster of self-soothing quests for comfort under confining circumstance. Open Marriage is not a praise nor critique but rather a suggestion to ponder the idea of a relationship and the best of intentions, renunciations, and investments to nurture them.

Ditte Gantriis (born 1980) is a Danish artist living and working in Copenhagen. She has completed her Master’s degree at the Danish School of Design. Gantriis has participated in exhibitions in Europe and the United States, of which the most recent is the solo exhibition “Sexual Feeling” at Frutta Gallery in Rome (2016), “Peace, Love & Harmony” at SALTS Gallery in Birsfelden, Switzerland (2016), and group exhibitions “The Grove” Hester Gallery in New York (2016), “In the Depth of the Surface” at Ex Fabrica Orobia in Milan (2016), “Trust” at Kunstal Charlottenborg in Copenhagen (2015), and Frutta gallery expositions in the arts fairs, including Frieze London in 2016 and others.

The artist would like to express her gratitude to scultpor Raitis Stiuka.