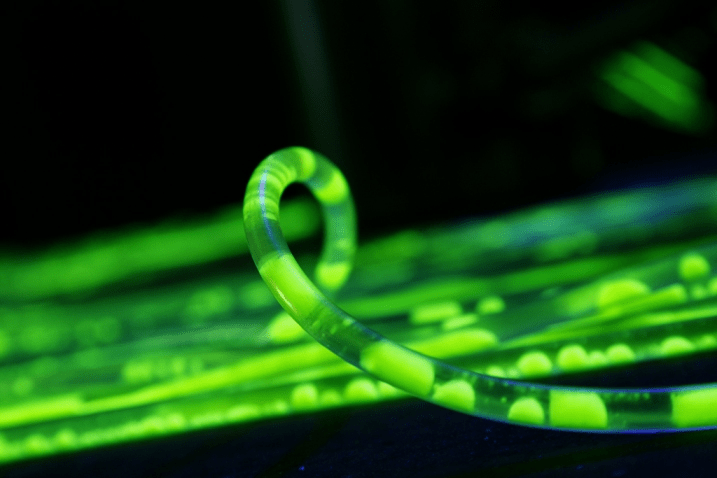 During Programme No. 5, 8 October until 1 November, 2009, exhibition “Energy” showcased artists from seventeen countries at the Kim? / RIXC Gallery. The exhibition was part of the XI International festival for new media culture “Art + Communication”.

For thousands of years humans have used energy created by natural forces in order to operate different devices and mechanisms. Energy may be transformed, it can be stored in usable resources but it may also be depleted. Although energy does not disappear – it transforms from one form to another – the most commonly used energy resources (as gas and fuel) soon will be exhausted.

The current global economic, climate and energy crisis, and different local variations of it, motivates to “remake the world” once more. The previously used forms of energy and materials have turned out to be finite, unsustainable, and harmful – impacting climate, people and environment. Today, new approach both to design and production is required nearly in all fields. Sustainable, alternative and ecological development of energy technologies has become the most urgent issue of nowadays.

Also, artists have begun to draw their attention to the sustainability. First, because their artistic experiments with different technologies are always in need of energy (i.e. electricity). And second, because it is crucial to become aware of that the experimenting with electromagnetic-, bio- and other “new” technologies may impact overall environment. Today, artists are among those who are willing to be vanguard of looking for alternatives and ecological uses of new technologies.

The 11th edition of “Art + Communication” festival with the year’s theme – Energy, will investigate the notion of “sustainable development” from various perspectives – artistic, scientific, cultural, technological, social, architectural, and environmental. The broad programme of Energy festival events was gathering together an interdisciplinary group of participants who are interested in exchanging their scientific and artistic, utopian and critical visions of future terrestrial energy.