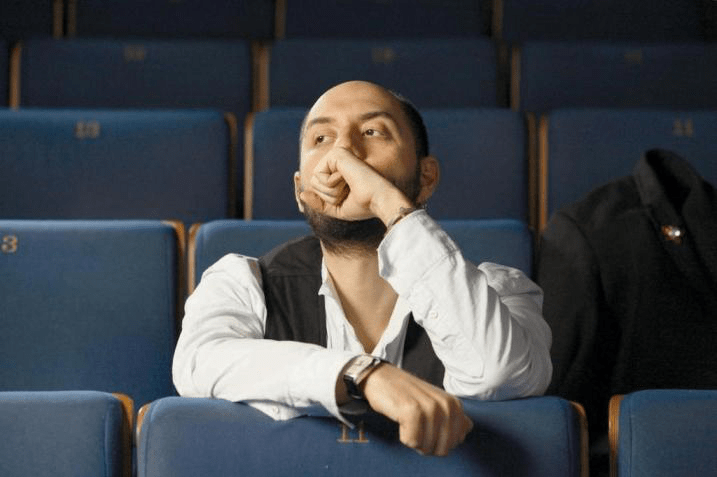 Sorry, this entry is only available in Latvian.


On Sunday, 29 November at 15:00 everyone was invited to attend a meeting with the renowned Russian cinema and theatre director Kirill Serebrennikov. The meeting was conducted by film and theatre critic Normunds Naumanis and is the first in the series “Film School conversations” organized by the Film School in collaboration with Kim?.

Kirill Serebrennikov was born in 1969 in Rostov-on-Don. Graduated in physics from the Rostov State University in 1992. Since 1994 staged in Rostov theatres.

The well-known director’s first Moscow production is Plasticine by Vassily Sigarev at the Playwright and Director Centre (2001). His productions in Moscow theaters are: Some Explicit Polaroids by Mark Ravenhill at the Pushkin Theatre, Terrorism and Playing the Victim by the Presnyakov brothers, The Petty Bourgeoisie by Maxim Gorky, The Forest by Alexander Ostrovsky, The Golovlyov Family by Mikhail Saltykov-Shchedrin, The Pillowman by Martin McDonagh at the Moscow Art Theatre, Sweet Bird of Youth by Tennessee Williams, The Naked Pioneer by Mikhail Kononov, Antony and Cleopatra. A Version by Shakespeare at the “Sovremennik” theatre, C. E. O.  by Stieg Larsson at the Playwright and Director Centre, The Demon by Mikhail Lermontov at the 814 Theatrical Association, Joan of Arc at the Stake (Jeanne d’Arc au bûcher) by Arthur Honegger at the Moscow International House of Music (within the framework of the Vladimir Spivakov invites? festival), Figaro (Eugeni Mironov theatre company).

Since 1991 Kirill Serebrennikov directs on TV, since 1998 is a film director. In 1999 he was awarded with Tefi (Russian national prize for TV) for directing. Among his other awards are Triumph, Stanislavsky International prize, Chaika, Crystal Turandot. His film work includes The Swallow, Mysteries of the Storm, The Undressed, The Diary of a Murderer, Rostov-Daddy, Bed Stories, Playing the Victim (Grand-prix of Kinotavr film festival and of Rome film festival), Yuriev Den. Kirill Serebrennikov is also a laureate of the Locarno film festival.