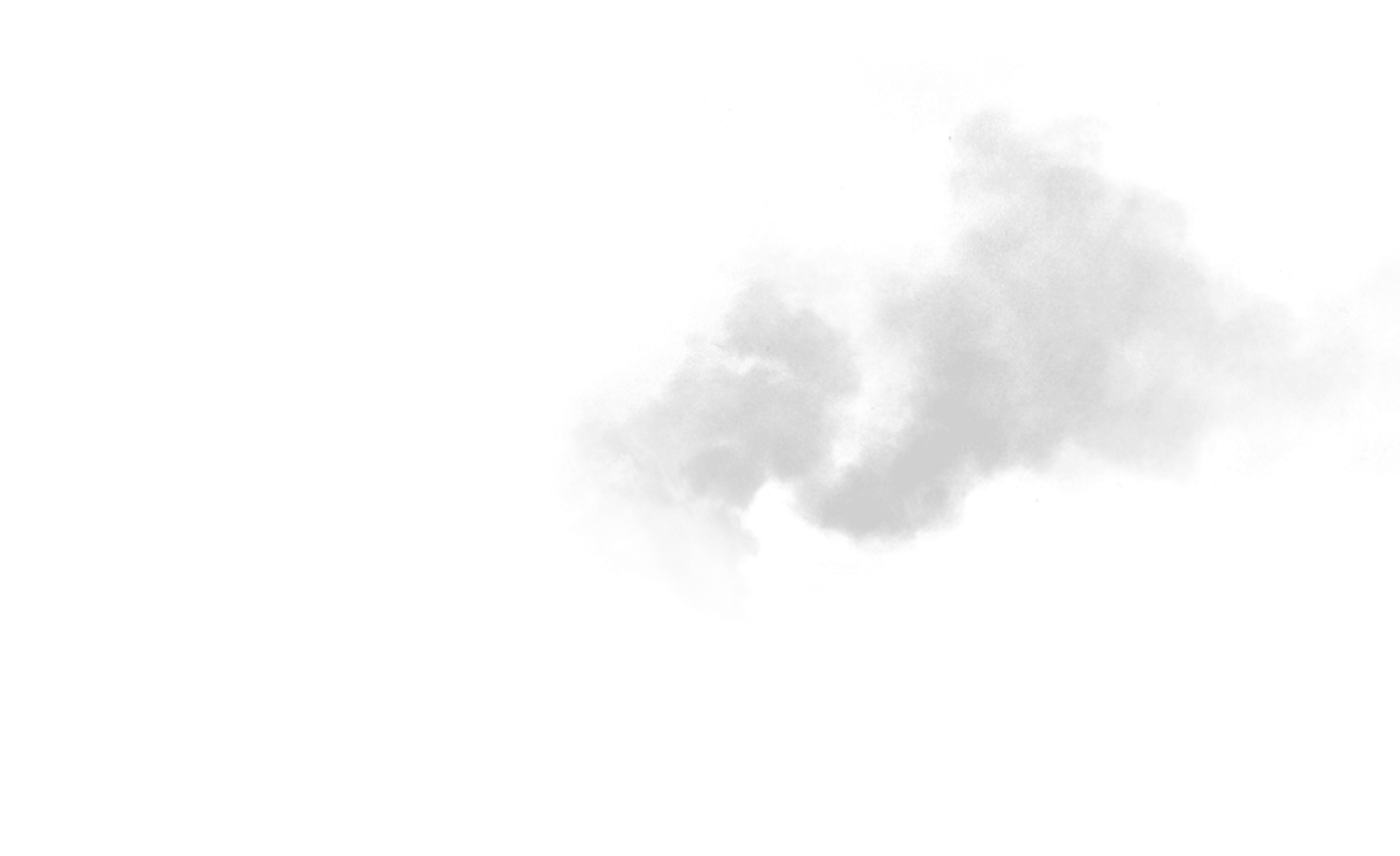 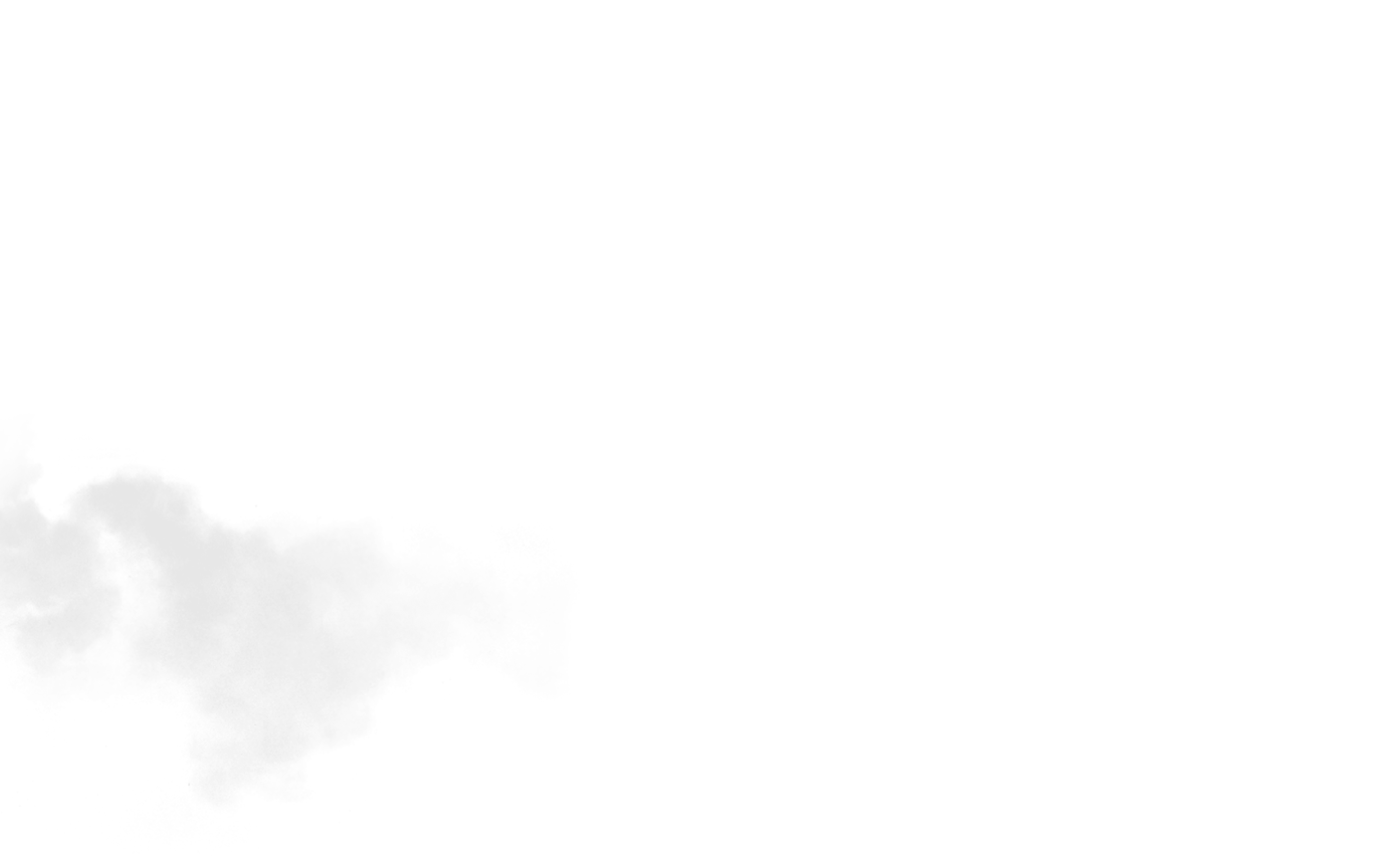 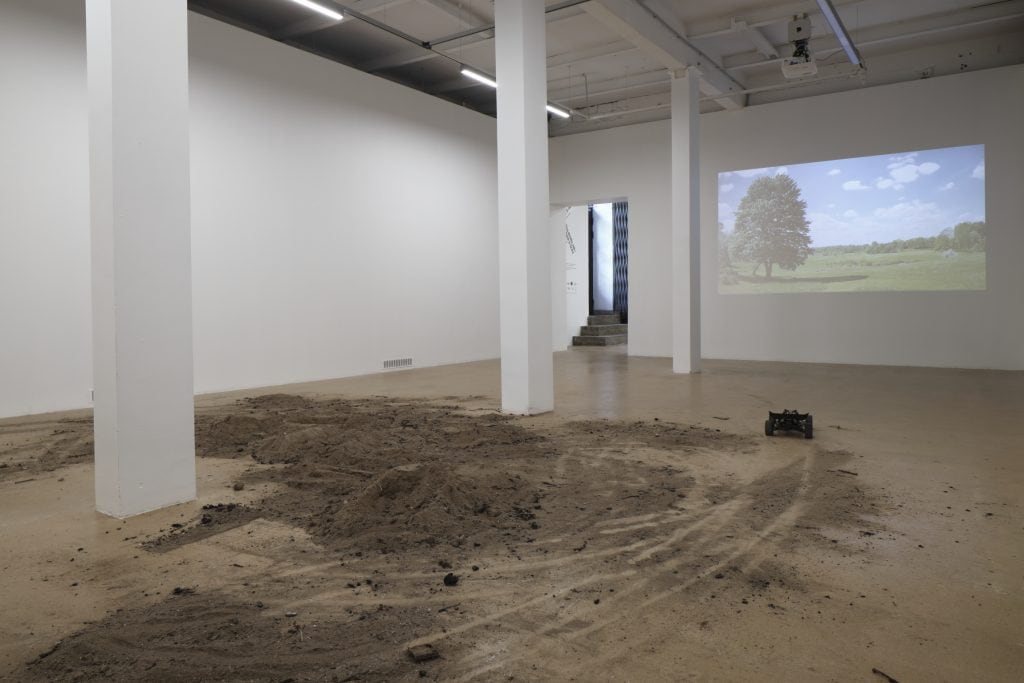 In the 1980s, Ukrainian immigrant workers (referred to as Gucuļi gang) were hired to build a farm near the kolhoz-owned house in Prizēni, in Vecpiebalga parish they stayed at. They wrote the phrase “ЛУПАНАРИЙ. НЕ ПРОХОДИ МИМО. МЫ УЖЕ ДОМА, А ТЫ ЕЩЕ В ГОСТЯХ” (Brothel. Don’t just pass by. We’re already home while you’re still visiting) over the entrance to house. At the end of the 1980s, Jānis Krauklis’ family acquired the house, along with the inscription, in a region with immediate family roots. Two decades later, the house is not in good shape and has to be demolished. This time and place – where there once was a house, and now only ruins (think of a tombstone) – have paved the way to looking at cultural memory (of a place) in a new way.

МЫ УЖЕ ДОМА, А ТЫ ЕЩЕ В ГОСТЯХ is Jānis Krauklis’ first solo show. It demonstrates the artist’s interest in land as a material for conceptual exercises, both as a media practice and a sculptural one. Within the confines of the exhibition space, Krauklis imagines and erects displacements, reconfigurations, and creates a non-pictorial/live engagement with land by using earth and other materials found in nature. МЫ УЖЕ ДОМА, А ТЫ ЕЩЕ В ГОСТЯХ centres around the themes and methods of compression, constraint, and compactness. The works derive from the themes embodied by the house and its story, and the fluid, processual exhibition format allows Krauklis to attempt to re-interpret them.

Echoing Robert Smithson’s concept of “nonsites” Krauklis’ take on the “earthworks” he displays is that they be understood as objects and gallery-based installations that evoke land and a very particular place. This is done through various media: livestream, a 24/7 webcam projection in the gallery will stream live footage from Prizēni, which will also be available online; de-construction, the objects are equal parts modernism and traditional crafts – a free standing floor-installation inspired by local gable roof architecture, and piles of ash and soil collected from a bonfire; preservation, an oversized terrarium containing a single timber from the demolished house serves as a time capsule displaying both decomposition and the vitality of living organisms, such as moss and lichen; and interaction, manually operated toy car available to visitors for play, or to attack the otherwise rigid forms of dust/soil.

This exhibition/documentation/action is an outdoor intervention turned indoor display. In creating it, the artist rejects the (now increasingly contested) permanence and protective aspect of the exhibition space and draws attention to the growingly mediated experience of nature making it a framed, commercialised entity. And yet, what could on the one hand be seen as a decisive break from the gallery/institutional system and urban social contexts more generally, is in reality more like a pilgrimage. In preparation for this project Krauklis travelled to the site numerous times implicitly exercising social distancing – a mindset so true to the Latvian mentality.

So, what is Krauklis’ art doing with the land he uses in his work, if not make additive or subtractive modifications to the surface of the earth? To locate his practice (either as a determined artistic gesture or something arriving from the subconscious) you have to recall that since the 1960s, land art has responded to the mass media with performative acts, small scale, ephemeral artworks, and imagined, but unrealised transformations. Addressing a variety of land-use issues, this art has also dealt with themes such as occupation and borderland politics (Alighiero e Boetti, Ojārs Feldbergs), nuclear testing (Tinguely), ecological concerns (Environment Protection Club, Adrian Piper, Newton and Helen Mayer Harrison) and negotiating period’s rapidly developing urban spaces (Mary Miss, Claes Oldenburg). Land art has also looked at humans’ relationship to the natural world by representing topics ranging from feminism to cultural identity (Agnes Denes, Andris Eglītis un Katrīna Neiburga, Mierle Laderman Ukeles, Ana Mendieta, Aija Zariņa).

To conclude by addressing the title – it is a common saying in the Russian community (in the Russian Orthodox church) that families inscribe on the tombstones of their deceased loved-ones, as if they were speaking the words: “We’re already home while you’re still visiting.”  Besides implying the cyclical nature of life read in a local context these words together with an ironic prelude “Brothel. Don’t just pass by”, also point towards a less obvious reality that once took place across the Soviet Union. Set against the background of the bucolic Latvian landscape, these non-native workers must have certainly seen themselves as “guests”. Keeping in mind the turbulent history and traumatic memories that haunt this nation/place/land, it is therefore not a huge stretch to see their simple gesture (writing/inscribing) as something that subtly echoed the peculiar relationship (oppressor-oppressed…) between the members of the different ethnicities and races of the otherwise officially “friendly” Soviet republics.

Jānis Krauklis (1993, Riga). In 2019, Krauklis graduated from the Department of Visual Communications at the Art Academy of Latvia. He supplemented his studies at the Willem de Kooning Academy in Rotterdam and at the Royal Academy of Fine Arts in Antwerp. In 2017, he received the Ināra Tetereva art scholarship. Krauklis is one of the four founders of the artist group 3/8. Since 2014 he has exhibited his work in several group exhibitions – amongst others in Black Market at Kim?, NNN and Piezīmes par pašsaprotamām lietām at the Latvian National Museum of Art, Systems at the National Library of Latvia, as well as Private/Public at Galerie Mitte in Bremen, Germany. In 2019 Krauklis was appointed as a recipient of Open Kim? Call 2020 providing artist with an exhibition opportunity at Kim?