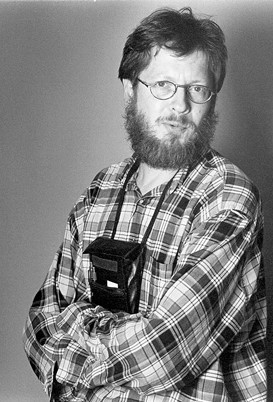 On Thursday, 28 January Kim? and the Center for the Cognitive Sciences and Semantics, University of Latvia, invited everyone to a lecture “Not Exactly: Vagueness as Original Sin?” by the world famous computational linguist and semanticist Kees van Deemter, who works at the Department of Computing Science, University of Aberdeen.

Not everything is black and white. Our daily lives are full of vagueness or fuzziness. Language is the most obvious example – for instance, when we describe someone as tall, it is as though there is a particular height beyond which a person can be considered ‘tall’. Likewise the terms ‘blond’ or ‘overweight’ in common usage.

The talk, which is intended for non-specialist and specialists alike, will demonstratie the generality of the phenomenon of vagueness, in science as well as in daily life. In some ways, it is like Original Sin: a stain that can be diminished but never removed. The probabilistic approaches to vagueness have the future; however, this paradigm shift will come at a price. For if vagueness is taken seriously then life gets complicated – we will be expelled from Boole’s Paradise, where every statement was either true or false.

This talk is related to van Deemter’s book “Not Exactly: In Praise of Vagueness”, which was released on 28 January, 2010 by the Oxford University Press. In the book van Deemter uses familiar everyday examples in a wide-ranging discussion touching on symbolic logic, game theory, computing, and biology. Van Deemter looks at challenges arising from this very human way of thinking and expression.