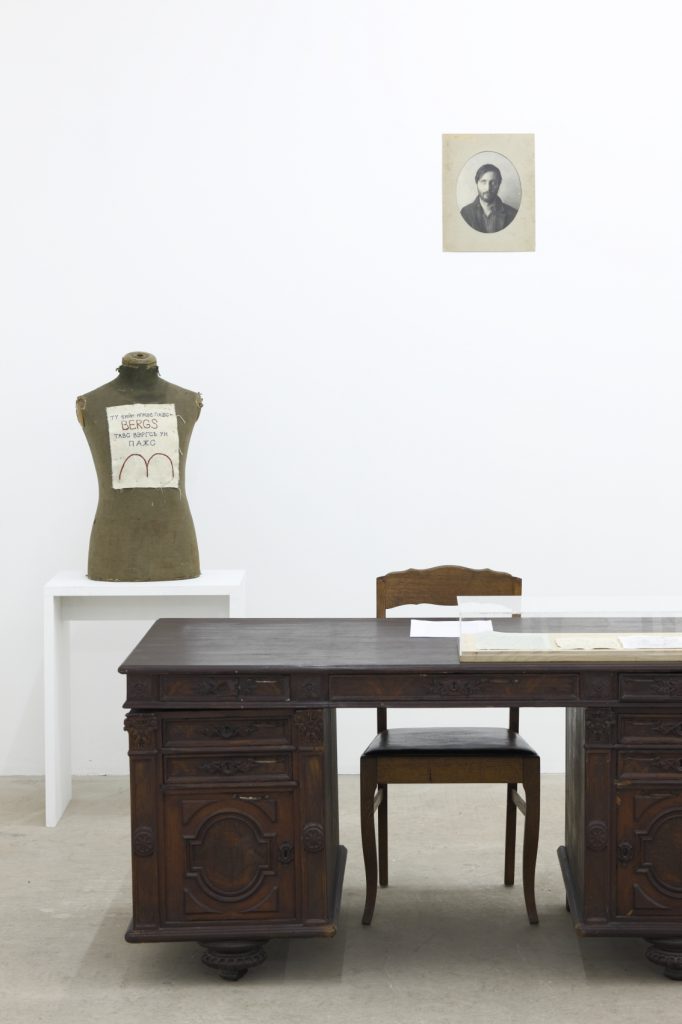 Following the renderings of Michael Kuzmin published by the online magazine Punctum, on 1 March, 2017 the editorial board of the magazine was surprised by an email from Russia. The person behind it was Marina Kamenetskaya (Марина Каменецкая), a researcher interested in the biography and works of Kuzmin; in her email, she referred to a letter written by Kuzmin to Eugen Berg (Eižens Bergs in Latvian) in Riga, in 1920. She was willing to get more information about the mysterious Latvian, whom Kuzmin’s lover, the Lithuania-born poet Jurij Jurkun described, allegedly in his diaries, as the “dandy clown”, “pretentious loadwriter” and “copycat”. The intrigued “research group” followed a trail to find themselves in a tenement house in Riga, where the group met an unrelated-to-the-Berg-family tenant, who had saved, according to her, his “antique legacy”. It was unbelievable material – proof of a surprisingly versatile poet from Riga linked to the Acmeist literary group in early 20th century Russia with a particular interest in Western avant-garde movements, especially, Dadaism.

A fact is, he was born in a farmer family in Preiļi; his mother died young of consumption, and the merchant Hannah Brugmann from Riga took care of the boy from that moment on. Poems from various stages of life reveal his early adulthood interest of the left movement ideas. Following graduation, he moved to Russia, where he met the great Russian classic Michael Kuzmin; from 1917 to 1921, he resided in Berlin and was carried away by Dadaist ideas. Whether Eugen studied at a university, is unknown; however, he was into visual arts and was fluent in many languages, judged by the Ovid texts reproduced, also in Latin. The last available letter by Eugen sent from Germany to his aunt Hannah is dated with 13 January, 1921. According to the letter, he intended to travel to the South of Europe. His further course of life and circumstances of death remain unknown.

The connections of Eugen Berg linking him to Russian and European literature and art (impact of the Suprematist aesthetics on his visual poems is undeniable) community, unfold a new page in the history of Latvian literature – avant-garde was present in the literature of early 20th century and was appreciated by famous foreign poets and artists. There are more riddles than clear answers in the story of Eugen Berg; his footprints in the history of Latvian literature are close to none. Visitors are presented with the roughly studied discovery, but the research group intends to continue its work on the biography puzzle of Eugene Berg. A pretentious loadwriter or an excellent addition to Latvian literature, you decide.

Laura Brokāne (1985) an editor of ‘’Punctum” magazine dedicated to contemporary literature and philosophy. She has published reviews and interviews in various cultural magazines and sites. Currently, she is working at Literature and Music Museum and studying curatorial studies at Art Academy of Latvia.

Vika Eksta (1987) is a visual artist and educator who is interested in long term projects in photography, performance art and visual archive research. She has been a participant in various exhibitions and projects in Latvia and abroad since 2014. She has studied photography under the acclaimed Latvian photographer Andrejs Grants and at EFTI School of Photography and Cinema in Madrid. She has gained BA in Film theory and Masters in Visual communication. In 2016 she received ADC Young Guns award and Seeking the Latest in Photography award of Riga Photography Biennal.