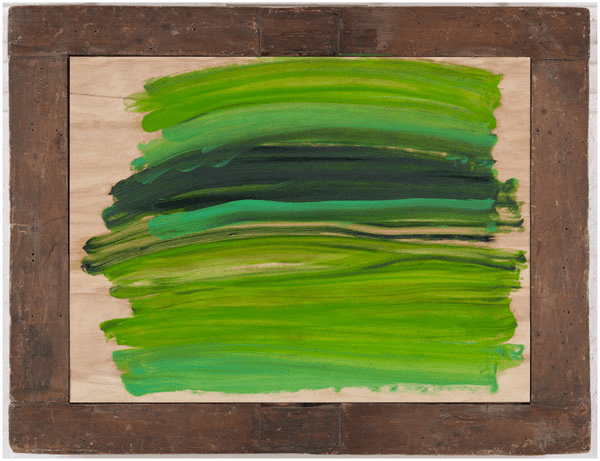 On Thursday, 13 May at 19:00 everyone was invited to attend lecture “Touched – Art from the UK” by Lewis Biggs, art historian, curator and Artistic Director of Liverpool Biennial of Contemporary Art. In the lecture, Lewis Biggs will talk about the “Touched” exhibition in this September’s International show for Liverpool Biennial, as well as about a selection of UK based artists – as different as Howard Hodgkin and Katie Cuddon – who might have been selected for the exhibition if the International show included UK based artists. The lecture will take place thanks to the generous support of airline airBaltic.

“Touched” is an exhibition about a particular kind of art – affective art – and at the same time about an approach to making and viewing this art. Art is created equally by the artist and the viewer or as in 1957 artist Marcel Duchamp wrote: “The creative act is not performed by the artist alone; the spectator brings the work in contact with the external world by deciphering and interpreting its inner qualifications and thus adds his own contribution to the creative act.” The creative act requires the viewer to participate – and the more levels on which the viewer is engaged, the greater the power of art.

Lewis Biggs is the Chief Executive and Artistic Director of Liverpool Biennial of Contemporary Art which is  one of the most exciting contemporary visual arts events in the UK, and with 960,000 visits in 2008, it is also one of the best attended in the world. Lewis Biggs has led the company to become a leading art commissioning agency working in the public realm, as well as the promoter of the UK’s largest visual art’s festival.

Before Liverpool Biennial Lewis was Director of Tate Liverpool, an exhibition officer for the Visual Arts Department of the British Council, and Gallery Co-ordinator for Arnolfini Gallery, Bristol. Now Biggs is Visiting Professor of Contemporary Art and an Honorary Fellow of Liverpool John Moores University, and is General Editor of Tate Modern Artists.

Lewis Biggs gained an MA in modern history from Oxford University, an MA with distinction in the History of Art from London University (Courtauld Institute). He is a Fellow of the Royal Society for the Arts and  has been a member of CIMAM (ICOM) since 1982. He has been a judge for many prizes and competitions, including the John Moores Painting Competition.