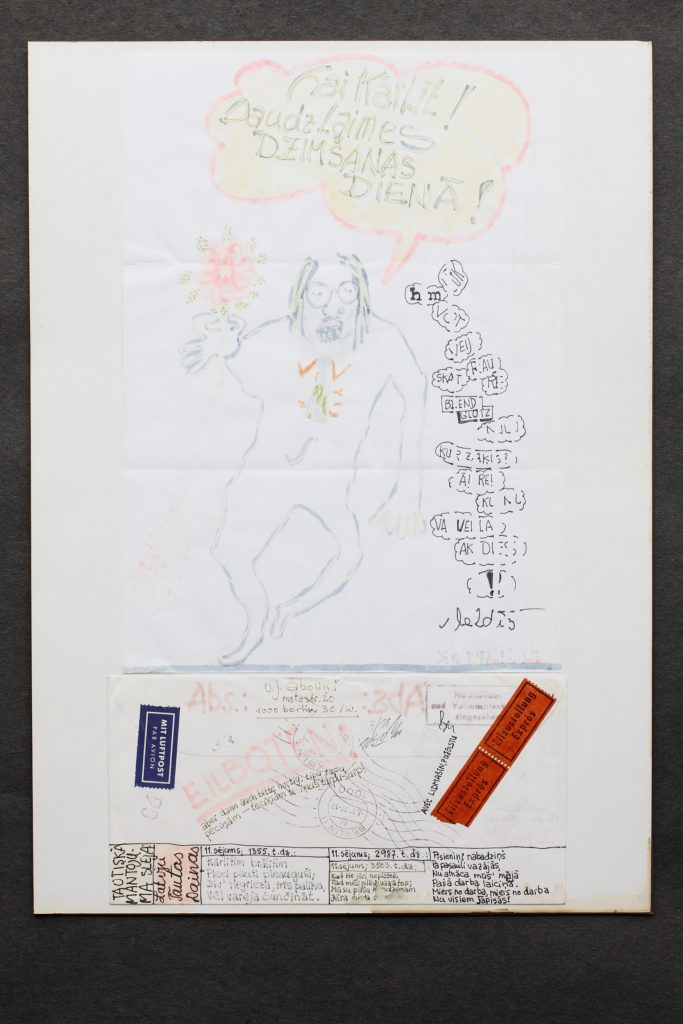 An e-mail correspondence followed, cited here in the form of loosely yet deliberately selected extracts.

K.Ā. in an e-mail to A.M.: It is complete nonsense that my brother was a convinced Marxist. What is true is that back then we were the most engaged into Marxism.

J.B. in an e-mail to Z.O.: And where did that Marxist come from? Did not it come from me? Indeed – from a Marxist position he used to properly refresh me in my love for capitalism.

K.Ā. in an e-mail to Z.O.: This ‘in contradictu’ rhetoric has been celebrated since the Roman times. Caesar, Tacitus and others used it. In its simplest form it is this: as a convinced abstainer I will now order 100 ml of vodka; or as a convinced antichrist I will go to the Lord’s supper tomorrow, receive the Holy Communion and confess my sins. Valdis’ assured talk about Marxism was nothing else than a call for appreciation of his own work and actions.

J.B. in an e-mail to Z.O.: There was this anecdote: “The Great Soviet Encyclopaedia included an ancient Russian folk saying: “An uninvited guest is worse than a Tatar”. Great indignation of Soviet Tatars followed, who pointed to the essence of the saying directed against the “friendship of peoples”. It was demanded that the editorial board of the encyclopaedia make the necessary corrections. The editorial board recognized the Tatar claim and the reviewed edition of the encyclopaedia contained a new version of the saying: “An uninvited guest is better than a Tatar.” This is how I am ready to acknowledge Valdis Āboliņš as an ‘unconvinced Marxist’.