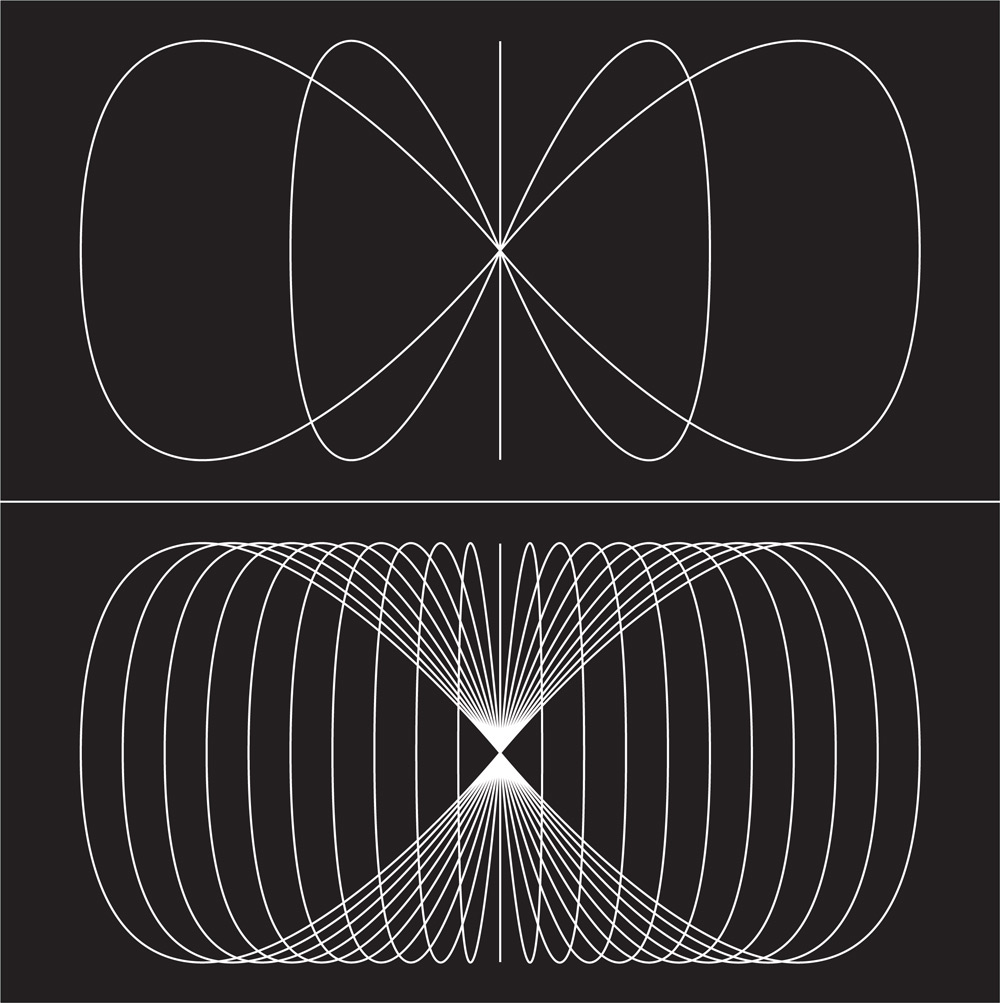 Special guests at the opening – Clausthome.

Mārtiņš Ratniks says of “Projections”: “The title can be linked to the fact that humans only see in two dimensions, i.e. a projection”, also adding: “It is common to think that the world is like we see it, however it is possible that we see it the way we can imagine it.”

There will be three projections at the exhibition, one of which will trace the trajectory of an imaginary object, yet the other two will be related to two-dimensional illusionary image of space, or conversely–an illusion of space created by a flat object. The work will be presented with a unique sonic piece created specially for it by Clausthome (Lauris Vorslavs, Ģirts Radziņš), whose projects include scanning of various radio frequencies, collecting of radio signals, experiments with sonic feedback and modulations. Mārtiņš Ratniks has worked with Clausthome on a number of occasions, for example, a project “Spektrosfēra” (2006).

Art critic Ieva Astahovska has called Mārtiņš Ratniks a type of “artist-researcher”1. Indeed, as artist Armands Zelčs continues: “Well before the falling apple helped Isaac Newton discover gravitation there was a pull between science and art. Depending on mass assigned to science or art, the white overall has “stuck” repeatedly to muse, and vice versa. Ratniks’ affinities to the scientific products that are being used in art are unmistakable, yet he has never been a scientist, nor has anyone heard of him aspiring to become one. Various diagrams, images of the Earth taken from space, various sounds of cosmic objects – that is the material that Mārtiņš converts into multilayered signs without crudely aestheticizing scientific discoveries, forming, at the same time, new notions of perceptions and its limits.”

Mārtiņš Ratniks (1975) graduated from Department of Visual Communication at the Art Academy of Latvia. He is a member of “E-LAB”, electronic art and media centre, and new media culture centre “RIXC”. Since 1998, a member of art-group F5 (Famous Five). Together with the F5 group Ratniks has participated in a number of noteworthy international exhibitions, e.g. the 25th São Paulo Art Biennale (Brazil, 2002), the 51st Venice Biennale (Italy, 2005) etc. Since 2009 he has been lecturing at the Art Academy of Latvia, Department of Visual Communication.

For his exhibition “Land” at Kim? / VKN gallery (2009) Mārtiņš Ratniks has been nominated for Purvītis award for distinguished performance in arts in 2009 and 2010. Purvītis award ceremony will take place at the opening of the nominated artists’ exhibition in the “Arsenāls” exhibition hall of The Latvian National Museum of Art on Feb 18, 2011 at 18.00.