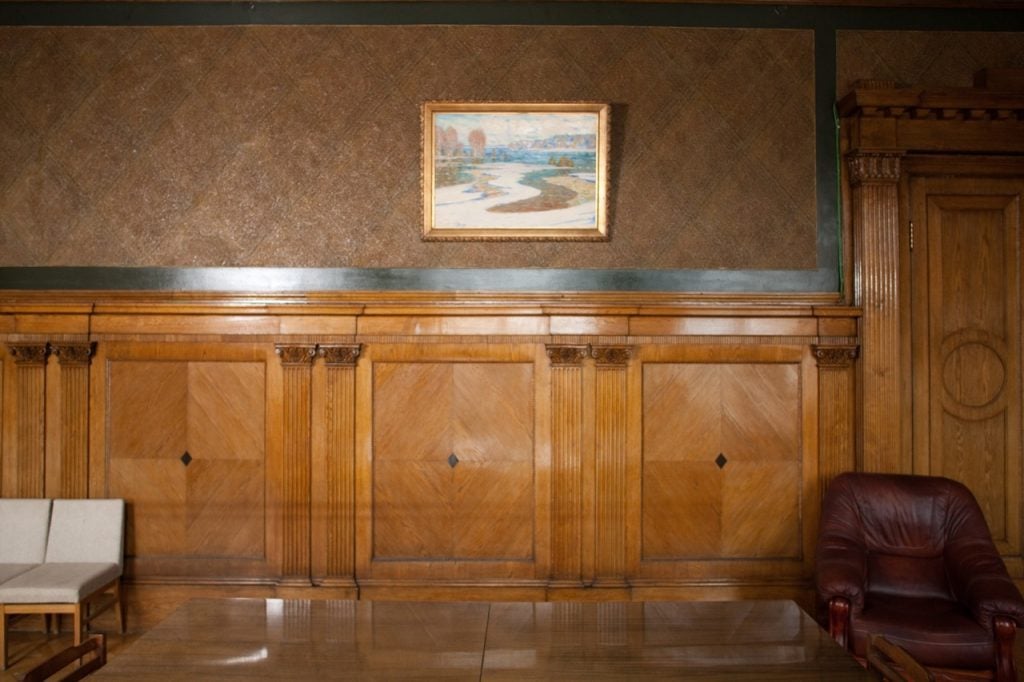 “Through art we learn to look at nature and life, and vice versa – through rational observation of nature and life we once again come to true High Art” – this passage was printed in the newspaper “Rīgas Avīze” at the start of 1904 triggered by impressions from the Vilhelms Purvītis (1872–1945) personal exhibition.

The interaction explained in this passage also determines the way his paintings are perceived today. It is exactly this month that we want to repeatedly reflect upon the small and large, the accidental and the consciously canonized or contradictory mythologized signs of Purvītis art and personality in Latvian culture, just when nature is planning to play the typically Purvītis-like “poem of melting snow and darkening flood waters” (this phrase can be found in the January 1905 edition of the magazine The Studio), simultaneously marking the 140th birthday of this landscape artist.

In a café atmosphere and in the presence of this Purvītis painting we will picture how we are joined by Purvītis biographers and interpreters of his artistic values, who no longer can be addressed today: baron Roderich von Engelhardt and Tatjana Kačalova, Jānis Siliņš, Visvaldis Peņģerots, Oļģerts Saldavs, Hugo Vītols and others, including a random swindler and a lady from the beginning of the 20th century, whose identity remains secret, and whose contemplation titled “The Russian Painter V. Purvītis” published in The Studio in 1905 was signed by a certain Mary Illyne.