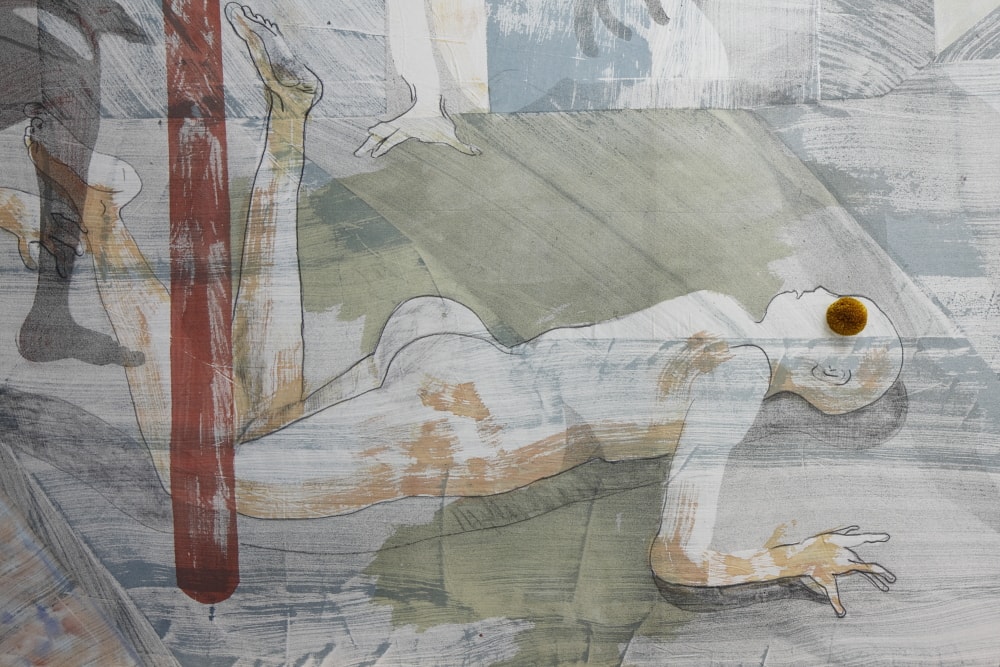 At the core of Matthew Lutz-Kinoy’s practice is the performance-based production of fantastic space. Deeply influenced by histories of collaborative and queer practice, his research-based performances have taken shape as multi-act dance productions, traveling dinner parties, and programmed events within his exhibitions.

Princess PomPom in the Villa of Falling Flowers presents itself as a dramatic exhaustion to the 427 gallery space. The narrative of the classic piece of Japanese Literature Genji Monogatari – The Tale of Prince Genji is being introduced as an environment study who’s protagonists are all equally degenderized and presented as an oversized scroll painting. At the windows of the room cloudy character studies made of string hang from the ceiling. Gallery visitors are invited to enter the story through texture and not through text.