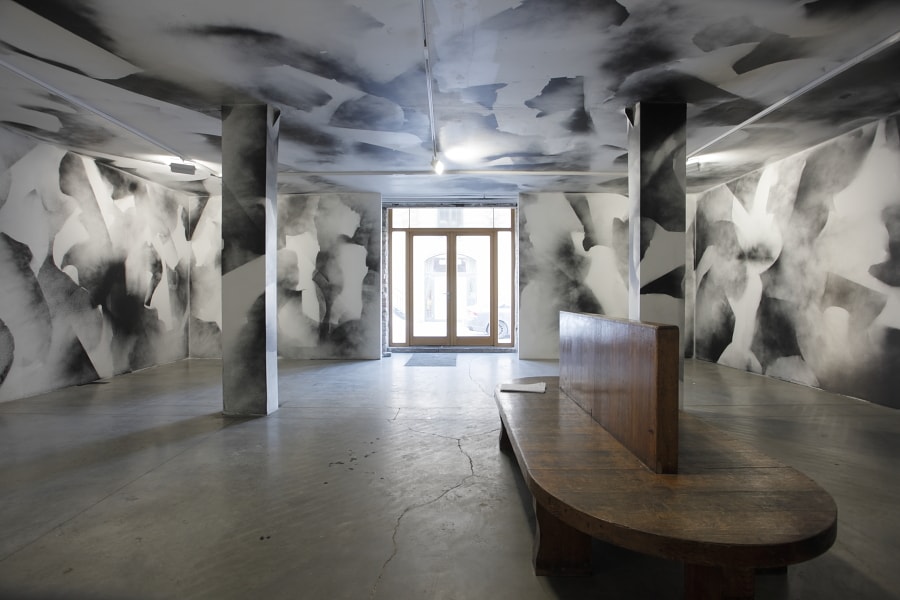 The exhibition is curated by Egija Inzule.

““Invitation à l’Étude” is a hybrid study of reference methodologies, in form of a specific installation for Kim? 1st floor gallery.
Led by footnotes and subjective perspectives towards historical studies the exhibition insists on a certain mode of perceiving today’s history.
“I have placed there a little door opening on to the mysterious.” – Odilon Redon

“I’ve been thinking for a while about how to avoid the distinction between historical and contemporary objects and exhalations in the exhibition format in order to insist on a certain mode of perception. I don’t think this is meant to be post-modernist.  Is it a reaction to the veneer of “contemporary art”?
I’d written earlier about my happy discovery of a job description for the “in-between” person who was neither architect nor decorator, in the heyday of early 20th-century French design that continues to be one of my foibles:  the ensemblier.  The name seemed to sum up to me what I’ve always wanted, to bring into relation what was previously not thought to relate, though I think it’s original meaning had more to do with a harmonizing talent.”

Karl Holmqvist: WORD TEXT VORTEX
For his presentation Karl Holmqvist will share some of his recent studies on the life and work of Ezra Pound. The typically learned and distantly observing position famously taken by the poet in his writings using frequent citations in a host of original languages etc. nonetheless led Pound to the twin disasters of him endorsing Mussolini’s fascist regime during WWII and his subsequent incarceration in the U.S. for national treason. These dramatic events set the frame for a presentation by artist Karl Holmqvist, and a reflection on possible positions for art in presentday society between being a means of elitist exclusion or democratic tool of self-expression. Or somehow possibly both. Language itself seems to hover between something like the redundant journalist’s speak’s lack in nuance and the possibly endless symbolisms, double meanings and ambiguities found in poetry (and the story-lines of dreams).