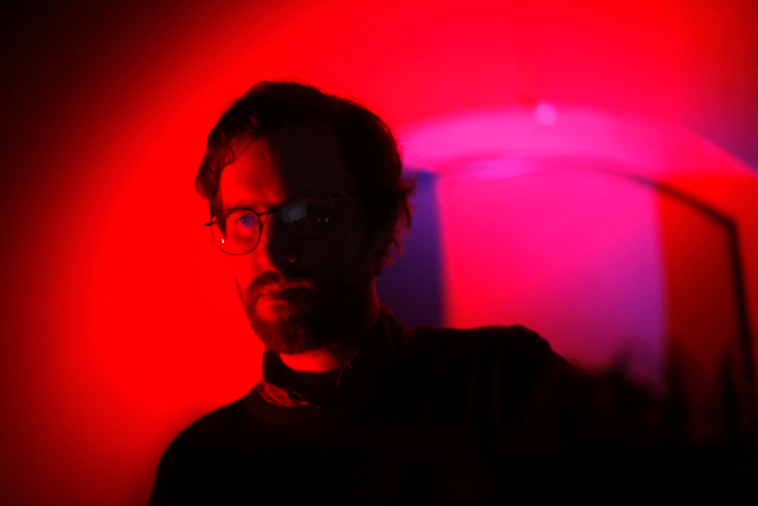 On 8 October at 21:00 everyone was invited to attend a concert by American noise grandee John Wiese. He performed after the opening two exhibitions – Miks Mitrēvics’ “Entropy Cube” and festival “Art + Communication” exhibition “Energy”.

When evaluating American noise scene (excluding the noise rock) John Wiese could be considered its most vivid representative. In contrast to the many brutal East Coast lo-fi rockers, which are much better known than their alternative, Wiese represents a more compositional style and his pure, intensive, à la musique concrete noise making can be easily recognized. His unique, sharp and piercing signature makes Wiese a very attractive artist to collaborate with as his co-operation with such American bands as Wolf Eyes, Smegma and Cattle Decapitation has shown.

In the field of improvisations Wiese has collaborated with such gurus as saxophonist Evan Parker and multi-instrumentalist Burning Star Core. He has also been a member of the cult band Sunn O))), has worked together with ambient noise master Kevin Drumm and recently performed in the 52nd Venice Biennale with performance artist Nico Vascellari. And of course one must not forget his collaboration with the Japanese noise godfather Merzbow with whom Wiese will be performing in Bergen the day after his performance at kim?.

Wiese is also known for such ongoing projects as Sissy Spacek and LHD.