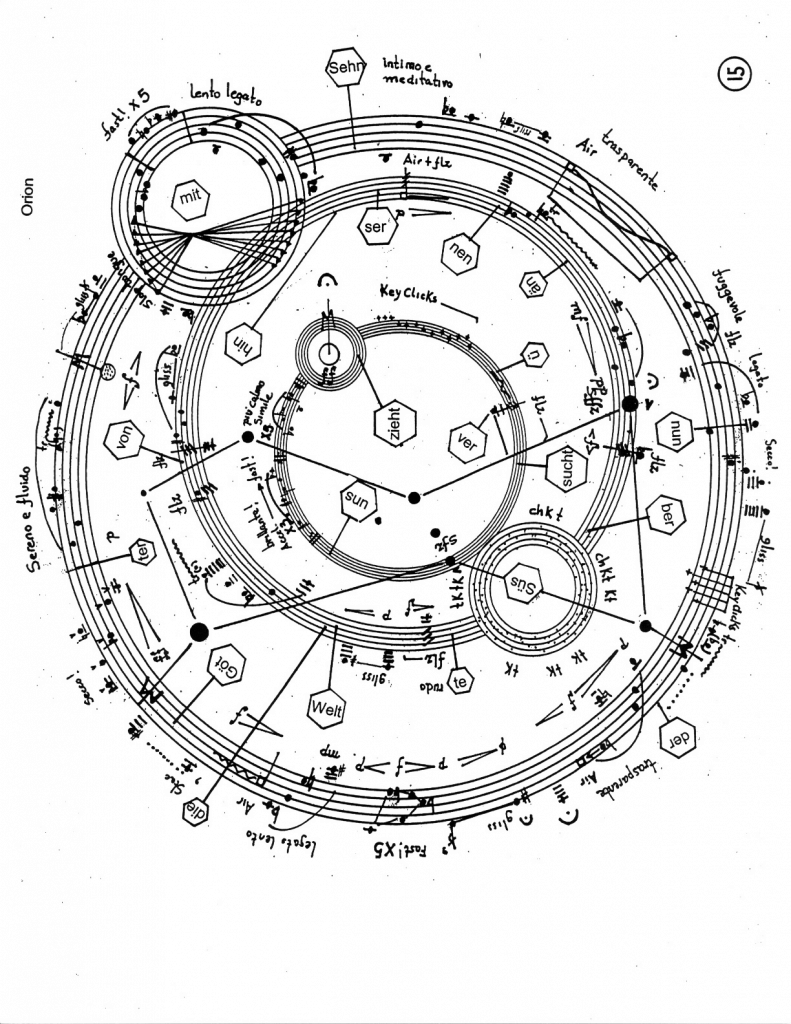 Images 1 of 1
Performance “Opening the Poem”

In the performance the voice confronts poetry reading as an act of opening. The programme included poems belonging to the Hispanic tradition, a recorded and live interaction with English, Spanish, Russian and Finnish contemporary texts, and a triptych on the idea of the poem as a gift. Opening the poem means here displaying its creative process through sound towards an experience that turns the listener into a threshold, and the ear into the stage where a bond can appear.

The first part of the performance was a rendering of “Tertulia Lunática” (Lunatic Gathering), a frenzied piece by Uruguayan poet Julio Herrera y Reissig in which melody and recitation creates an unstable emotional soundscape haunted by echoes of tango and milonga styles.

The second part, “Listen,” turned reading into a space for onstage and recorded interaction with poets belonging to a diversity of languages and traditions.

The third part, “Timeo Danaos et dona ferentis” (I fear the Greeks even when bringing gifts), displayed three usual acts related to the gift: giving, receiving, opening. Each part presented a variation of one of my own poems performed in Spanish, Greek and Russian. The voice here enters the sensitive exploration of a search in which fear is taken as a place in which to sustain ourselves in a state of permanent care.

Ernesto Estrella Cózar is a poet, performer and educator living in New York since 2000 and teaching as Hispanic Poetry assistant professor at Yale University since 2007. He obtained his Ph. D. at Columbia University’s department of Spanish and Portuguese. As a poet he has been included in anthologies such as Inmenso Estrecho (2007) and Cuadernos del abismo (2008). His multimedia book Achronos recently appeared at the Virtual Poetry Project, and his book Boca de prosas (Mouth of Proses) will soon appear in press. He has published critical articles in prestigious international journals and his poetic theory volume “Espacio”, poema en prosa de Juan Ramon Jiménez. Centro de una metamorfosis poética will be appearing soon. Estrella’s current workshop, Reading the Poem as Present, to be held in April 2011 at the Bowery Poetry Club, will be part of the Spanish Consulate in New York’s cultural program. As a musician, Ernesto Estrella is the co-founder, singer, and lyricist of the experimental rock/jazz band Hellhoundsound, which performs regularly in New York music venues.

The performance was held at the Kim? lecture room, Maskavas str. 12/1. Free entrance.