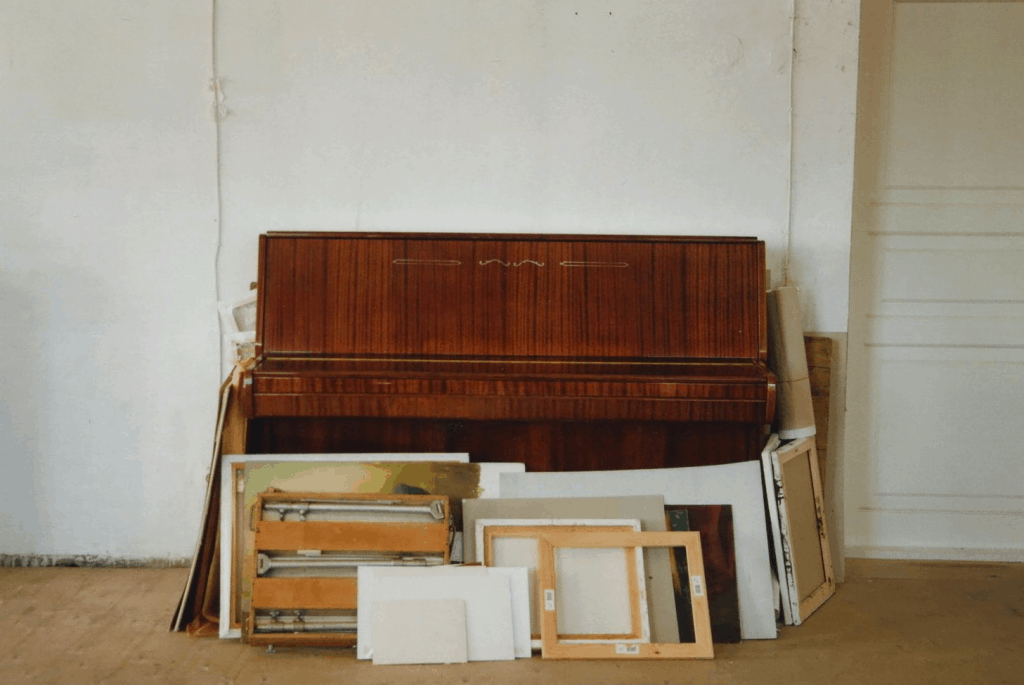 Images 1 of 1
Romans Korovins. “Snow and the Meat Balls”

From January 8 till February 13, 2011, in Kim? / RIXC gallery space exhibition by Roman Korovin –  “Snow and the Meat Balls” – took place. The exposition shows video, paintings, photographs, drawings and furniture. Dot, Line, Horizontal and Vertical – the vision, which is multiform and ascetic at the same time!

In the local culture scene it is a custom to group artists according to the medium in which they work. Romans Korovins (1973) has gained recognition and also several prizes and nominations as a photographer. His photographs are usually described as ironic, conceptual, witty, smart. Only sometimes also a form of exhibition is noticed – works are grouped in a conceptual units, complemented with significant titles, that turn artist’s expositions into a more exciting journey compared to classical photo exhibitions.
Anyway if we follow this logic, we should call Romans Korovins also a painter, drawer, video and installation artist, who by the way has an interest in the sculpture as well. The main thing is – Romans Korovins in his creative work never shows piety to the boundaries and formal tasks of art.

Much more interesting than just categorizing art according to the medium is acknowledging ideas and thoughts artist deals with – to see the result as a solution. With the solo show – “Snow and the Meat Balls” – Romans Korovins continues the tradition of giving sensually saturated (but not always emotionally pleasant or leading to a logical conclusion) titles. It is a gesture, whose meaning is to pay spectator’s attention to the concept of art itself instead of  just sidetracking his or her attention to the category of photography. The challenge is to understand, what exactly are positions of Romans Korovin’s creative praxis towards the art territory itself, especially in context of the phenomenology of image.

In the exhibition “Snow and the Meat Balls” one can look for a certain message, a narrative, but in general it is not an easy task to do. Much easier is to look for specific stylistics, aesthetic programme or preferences. But the key is – one has to pay attention to the space and an object in its corporeity. More precisely – how the understanding of an image is performed through both these concepts. In this case – the image as an intentional phenomenon is not just a visible segment of the reality in a specific work – it is a dimensional physical structure that includes different kind of objects, also paintings, photographs etc. Like hyperlinks they lead to each other, point to one another but at the same time do not loose their own meaning. Dot, Line. Rhythm. Horizontals and verticals. Constructivism. The space becomes an art work. It doesn’t depend on the primary task, which is exhibiting images – it is a 3 dimensional image itself – abstraction of the theme, which is connected with depiction and creation of the art work.

Exhibited photographies are printed with support of EPSON and fineArtPrint.lv